Before Mia Kang became a Sports Illustrated Swimsuit model she was training to be a Muay Thai fighter, and she’s not letting a spread in the annual bikini magazine stop her from hopping in the ring. 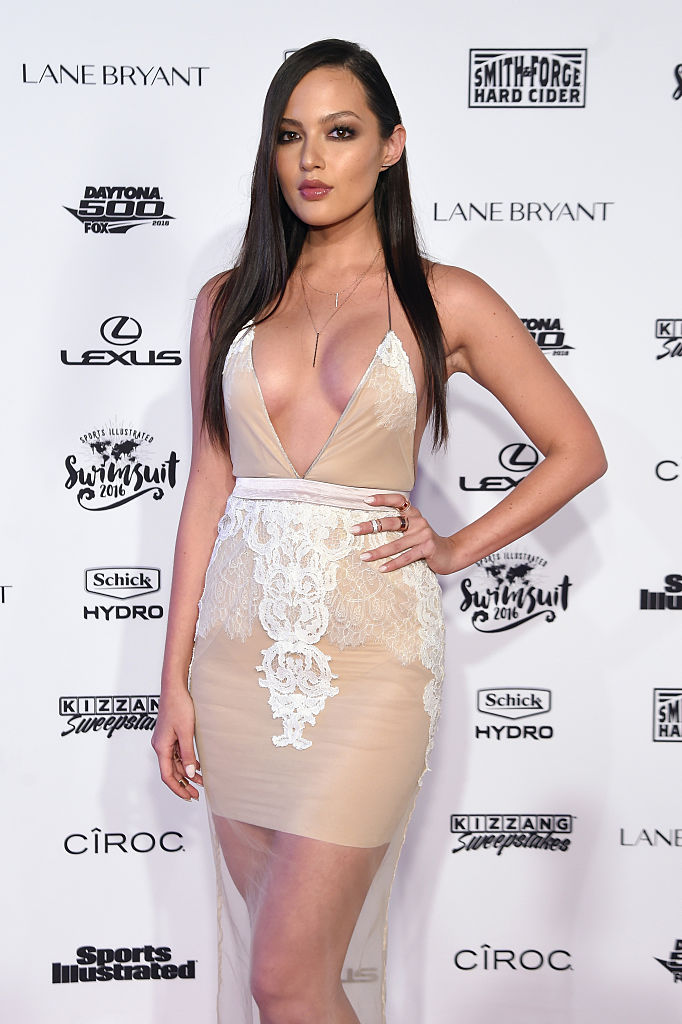 The beautiful brunette from Hong Kong fought at the Rumble on the River, presented by the Tourism Authority of Thailand and Friday Night Fights at Battery Park, over the weekend. Kang admitted that she worries about the way she looks while she’s fighting, but that didn’t stop her from letting loose in the ring.

“Just before I went in the ring, I was super nervous just getting back and seeing the people. It is a stage fright,” she told Page Six. “There are times when I am in the ring and I think I have a double chin going on so this is my better side. The model in me just comes to mind when I see the cameraman so I try to look cute.”

The badass bombshell has gone through some significant struggles with anorexia and bulimia throughout her career and admitted she still deals with insecurities.

“The meanest things I have been told is that my arms and thighs are too big. My ears stick out too much. When I smile my eyes get too small,” she said.

“I have contemplated plastic surgery. I have been through the anorexia, the bulimia, and thought maybe I should just save up my money and do liposuction. I have had moments of extreme insecurity to the point where I thought, ‘What can I resort to make me feel better?'”

It’s hard to imagine why anyone would say those things to Mia, because she looks like a girl that doesn’t like to be messed with.

1
Senate Passes Legislation To Help Small Business Amid Coronavirus — Heads To Trump's Desk
Politics
2
DC Protesters Accosted, Chased Out An NBC Crew. The Network Is Refusing To Cover It. We Have It On Video
Media
3
'This Is Not Genocide': Tucker Carlson Breaks Down Every Police Shooting Of Unarmed Black Suspects In 2019
Media
4
Michigan Anti-Lockdown Protesters Had Their Phone Data Tracked — Floyd Protesters Did Not
US
5
These Celebrities Have Signed A 'Defund The Police' Petition Following Death Of George Floyd
Entertainment