Kristen Stewart and Stella Maxwell are fighting back after becoming the latest celebrity victims to be hit in a nude photo hack. 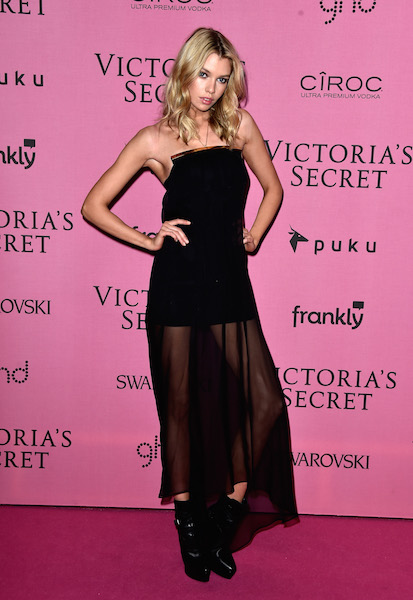 The shot in question is a bathroom selfie that shows Maxwell with Stewart naked behind her, TMZ reports.

Their lawyer, Scott Whitehead, issued a letter to the websites that have shared the photos of them, claiming that by doing so they were violating copyright laws. Since Stewart and Maxwell own their image, it can’t be used without their permission.

The letters are reportedly similar to the ones sent by Tiger Woods’ attorney who put the websites on notice to take the hacked photos down or face legal action.

The nude photos involving Woods and Vonn reportedly came from her cellphone and include not only nude shots of her but Woods as well from when they were dating.

“It is an outrageous and despicable invasion of privacy for anyone to steal and illegally publish private intimate photos,” the Olympic gold medalist’s rep told Fox News, adding that she was not afraid to take “all necessary and appropriate legal action to protect and enforce her rights and interests.”