Durbin, who represents Illinois, was asked who he is cheering for during Saturday’s Conor McGregor-Floyd Mayweather fight. Instead of picking a fighter, he lectured the audience on how awful boxing in.

“Let’s be real honest about this, to see two men get up there and beat one another senseless, it leaves long-term brain damage. From my point of view, I’m not going to be watching it. It’s just not something I’m going to cheer on. It leaves too many people in a helpless situation,” Durbin said during an appearance on the “Big John and Ramblin’ Ray” radio show. 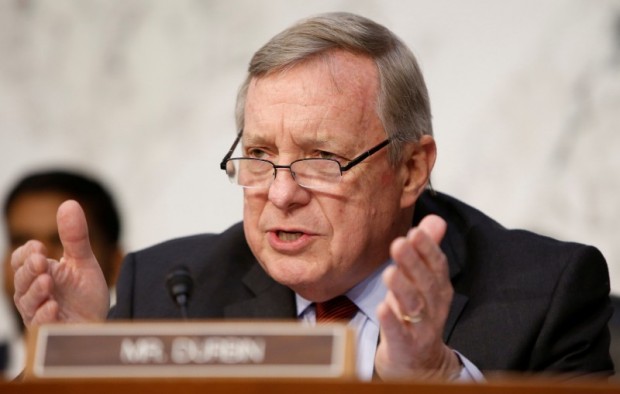 It’s so funny these comments come just as I ranted about “I hate sports guy.” Durbin is very close to crossing the “I hate sports guy” line. Boxing and combat sports are awesome. Is there a risk? Of course. There is a risk with anything in life. That’s sports, man.

I guess Durbin can continue to live his boring life, and I’ll crush a bunch of beers, as I pray McGregor wins.