In a move that will come as a surprise to nobody, Jay Cutler didn’t practice at all for his television gig.

Cutler, who is now with the Miami Dolphins, recently discussed his short lived career in the broadcasting game with Sports Illustrated’s Peter King for his Monday Morning QB column, and it’s another great Cutler story.

Me to Jay Cutler: “Did you practice doing TV much this offseason before coming back?” 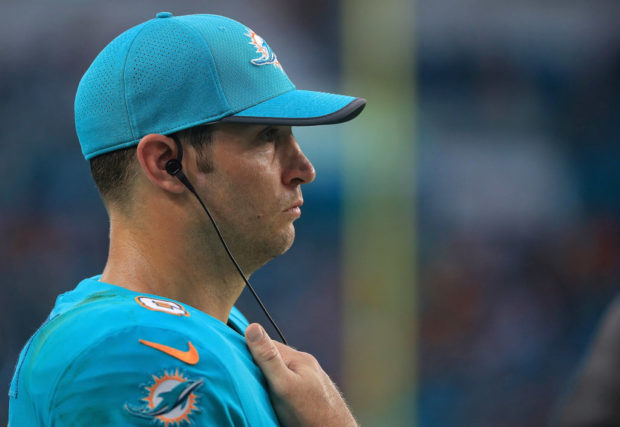 MIAMI GARDENS, FL – AUGUST 17: Jay Cutler #6 of the Miami Dolphins looks on during a preseason game against the Baltimore Ravens at Hard Rock Stadium on August 17, 2017 in Miami Gardens, Florida. (Photo by Mike Ehrmann/Getty Images)

Is there anything less surprising than Jay Cutler not practicing to be a NFL broadcaster? There might never have been a guy in the history of sports who has cared less about everything he touches than Jay Cutler.

He’s a national treasure, and it’d be so poetic if he marches to the Super Bowl with the Dolphins after essentially being kicked out of Chicago. I hope Jay Cutler hangs around forever. He’s the kind of man America needs right now.

1
Intel Official Dumps Bombshell On ABC About November Coronavirus Warnings
Media
2
EPSTEIN: It's Time For Some Clear Thinking About The Virus
Opinion
3
Here's How This Pro-Beijing Outlet Made It Into The White House Coronavirus Press Briefing
US
4
CBS Will Start Airing Major Movies On Sunday Nights During The Coronavirus Pandemic. Here's What You Can Watch
Editorial
5
'Bulls**t!': CNN's Chris Cuomo Slams Trump Over 'Asinine' Leadership Based On Clip That Omits Half His Comments
Politics