President Donald Trump went back to Texas Saturday and met with people displaced by Hurricane Harvey and upped the amount of federal support to the storm’s relief efforts.

The president visited Corpus Christi, Texas on Tuesday near where Harvey made landfall as a Category 4 storm. However, Trump was criticized for not meeting any victims and staying distant from the direct effects of the hurricane.

His Saturday visit seemed to be a rebuttal to these criticisms as he visited NRG Center in Houston to greet children and hand out food to people who were taking shelter there. 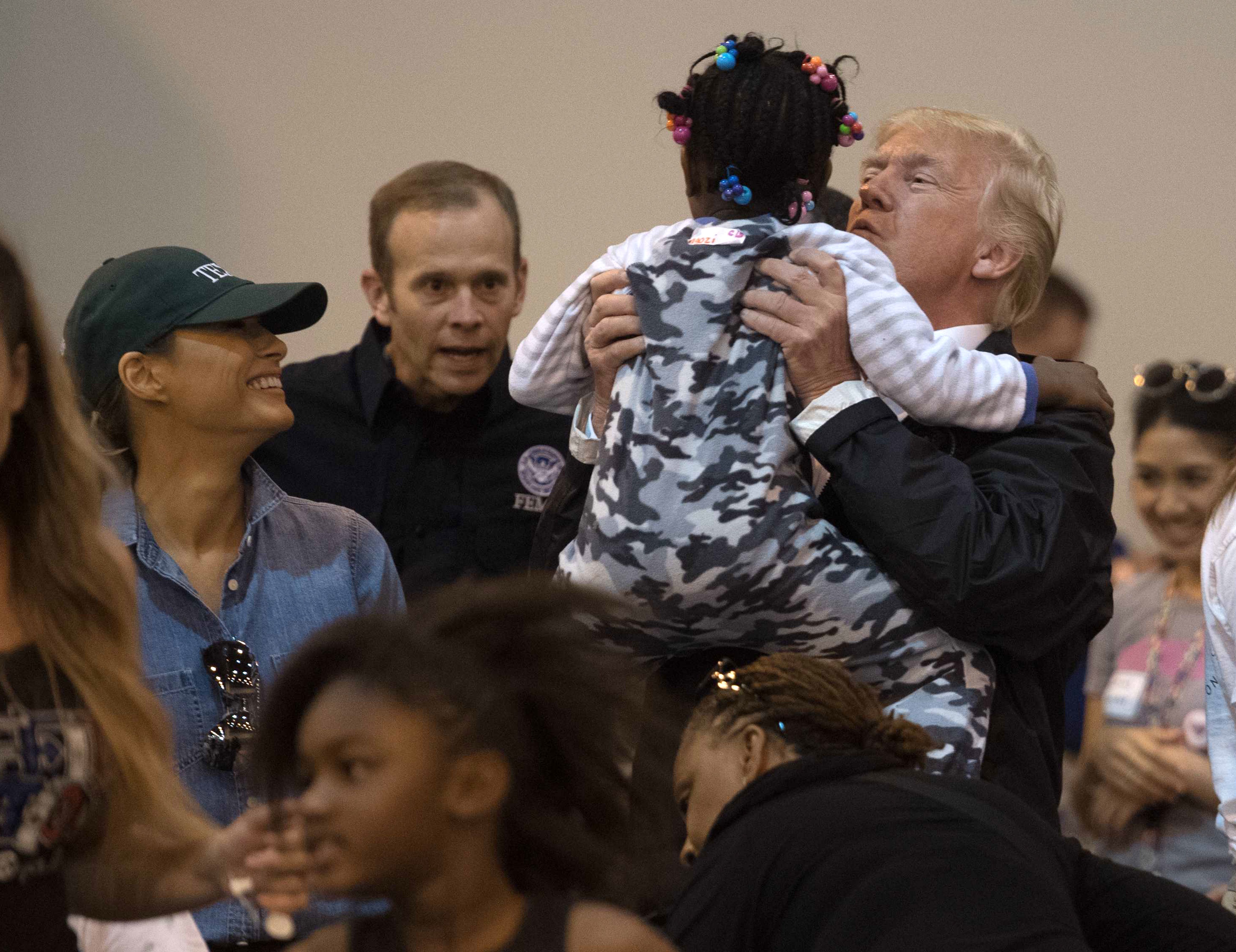 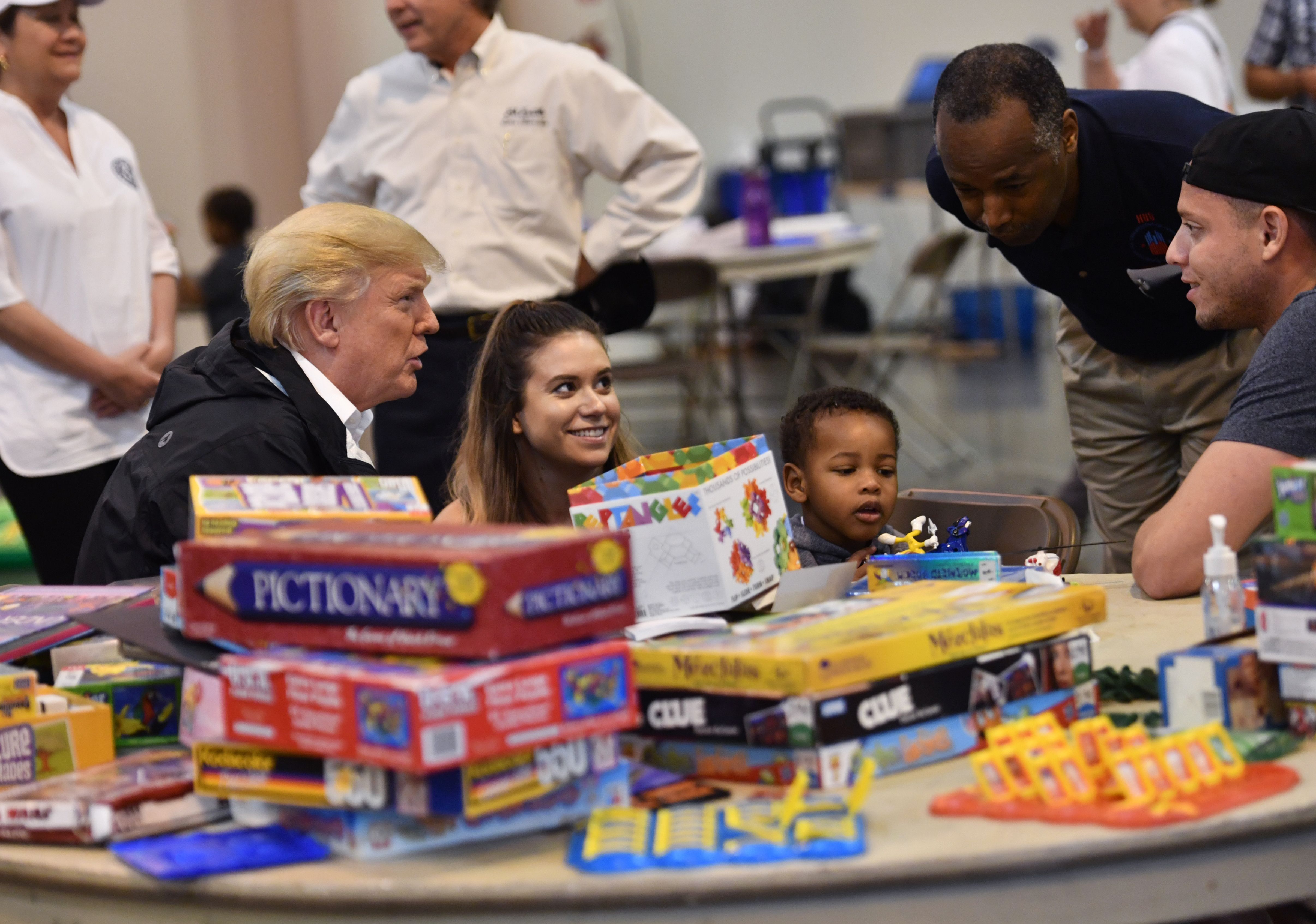 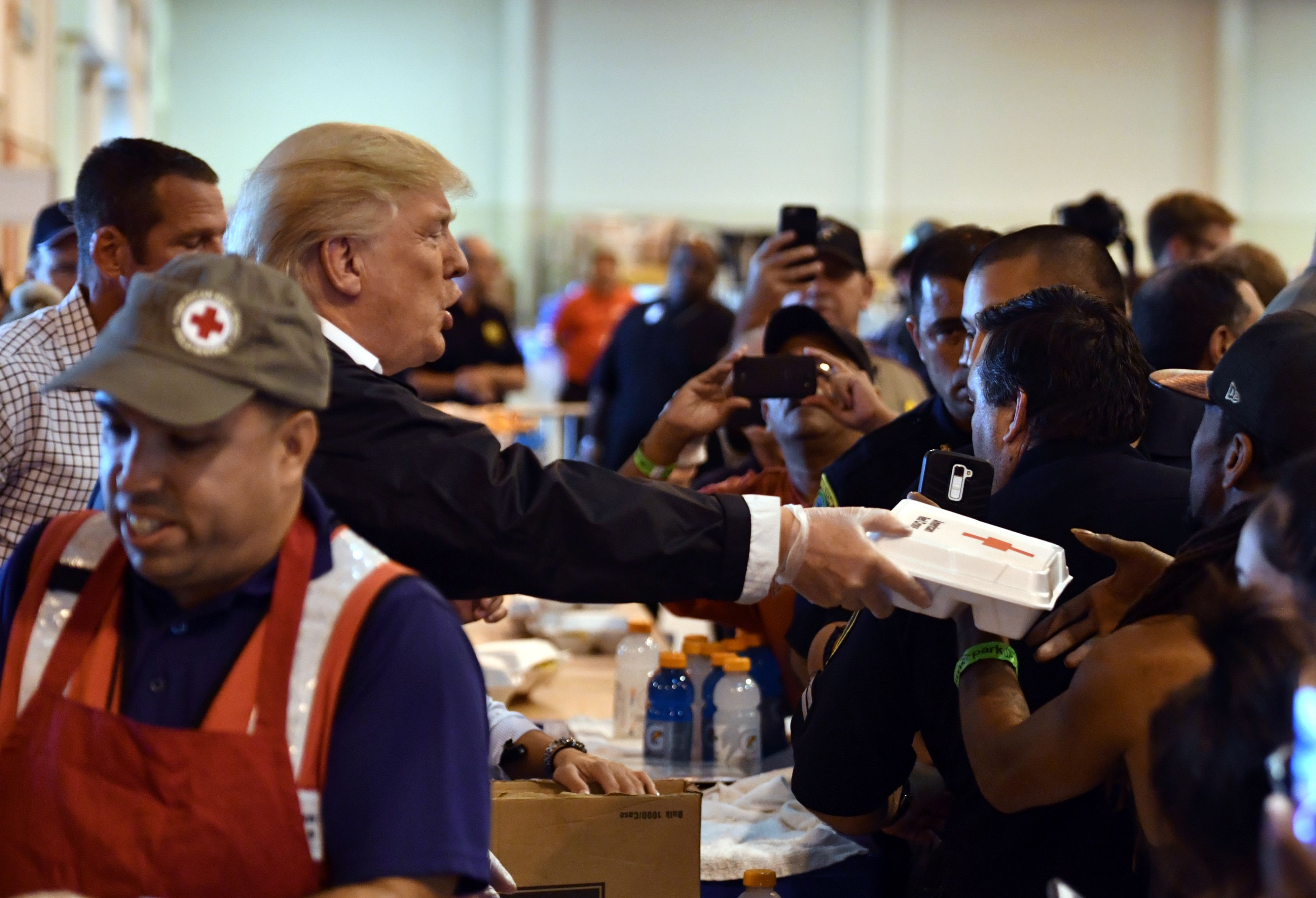 Trump later visited a church in Pearland, a suburban city in the Houston area. There he helped load supplies into residents’ cars. Comments from churchgoers and volunteers present were largely positive, according to reports.

One woman Elaine Ybarra, 41, told a reporter, “It’s quite humbling to have somebody of his stature come to this church.” 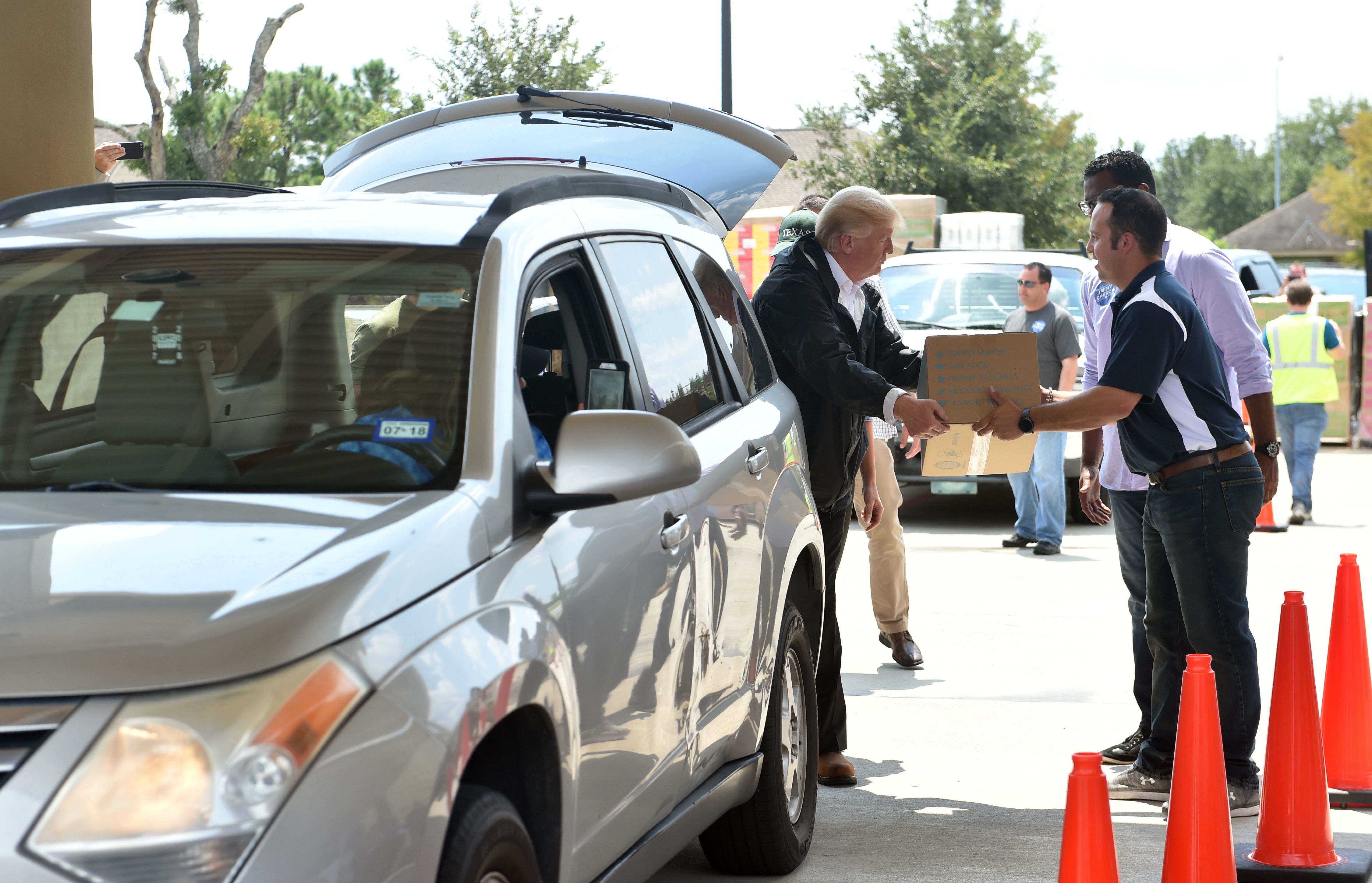 “Him being here and bringing global attention to everything that’s going on here, he brings up prayers from around the world,” Ybarra added, while Kenny Mercado, a volunteer, said Trump’s visit “brings spirit, brings hope.”

While flood waters have started to recede, tens of thousands of Texans are still suffering. Beaumont, a city of roughly 120,000 residents, is still without clean water or power, according to a CNN report. And the Associated Press reported Saturday that seven toxic waste sites in and around Houston have flooded.

President Trump nonetheless was confident about the recovery efforts. “It’s a long term. We’re talking about, they say 2 years, 3 years, but I think that because this is Texas you’ll probably do it in 6 months!” Trump said at the First Church of Pearland.

Trump also made concrete action outside his visit to help the victims of the storm by making more federal disaster assistance available to Texas.