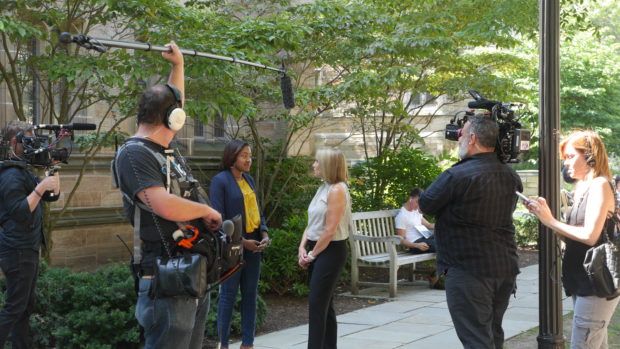 The ceremony comes after a summer of political unrest sparked by the removal of Confederate statues across the United States and yearlong discussion within Yale over John C. Calhoun’s legacy. Calhoun, a former U.S. vice president, was a slave owner and political theorist who advocated for slavery in the lead up to the Civil War.

Salovey initially intended to compromise by retaining the name of Calhoun College, but change the faculty title from “master” to “head of college.” 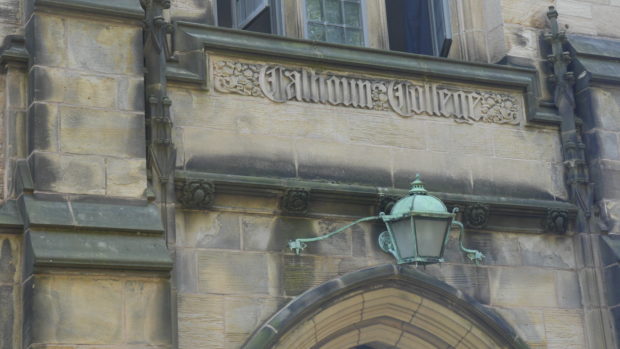 “Ours is a nation that often refuses to face its own history of slavery and racism. Yale is part of that history,” said Yale President Peter Salovey last spring. “We cannot erase American history but we can confront it, teach it, and learn from it. The decision to retain Calhoun College’s name reflects the importance of this vital educational imperative.”

However, after internal pressure, Salovey opened up a three-person panel to reconsider naming alternatives, prompting the resignation of Fox News’ Geraldo Rivera as a Yale associate fellow.

The panel decided upon naval officer and computer scientist Grace Hopper. After earning her master’s degree from Yale, Hopper pioneered machine-independent programming languages and served as a rear admiral in the U.S. Navy.

Security was present throughout campus on the lookout for protestors and other troublemakers. 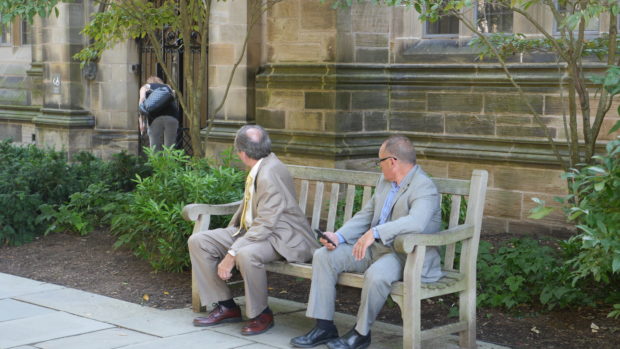 “Here at Yale, we’re surrounded by power and drowning in wealth,” wryly remarked the head of Yale’s Conservative Party. 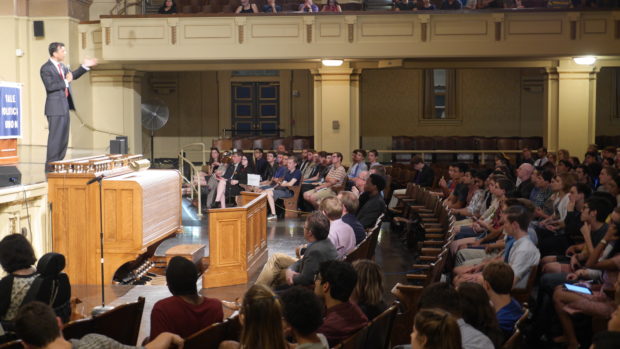