President Donald Trump said Monday that he is inspired by his visit to France’s Bastille Day and wants to have a similar military parade in Washington, D.C. next July 4.

Trump made the comments while speaking to the press ahead of a meeting with French President Emmanuel Macron at the United Nations.

“So we’re actually thinking about Fourth of July, Pennsylvania Avenue, having a really great parade to show our military strength,” Trump said. He continued on to say that he’s speaking with his chief of staff John Kelly to see how to make it happen.

Trump attended Bastille Day on July 14 to celebrate the anniversary of the French revolution. The parade usually includes military vehicles and flyovers, and Trump was visibly happy during the event. 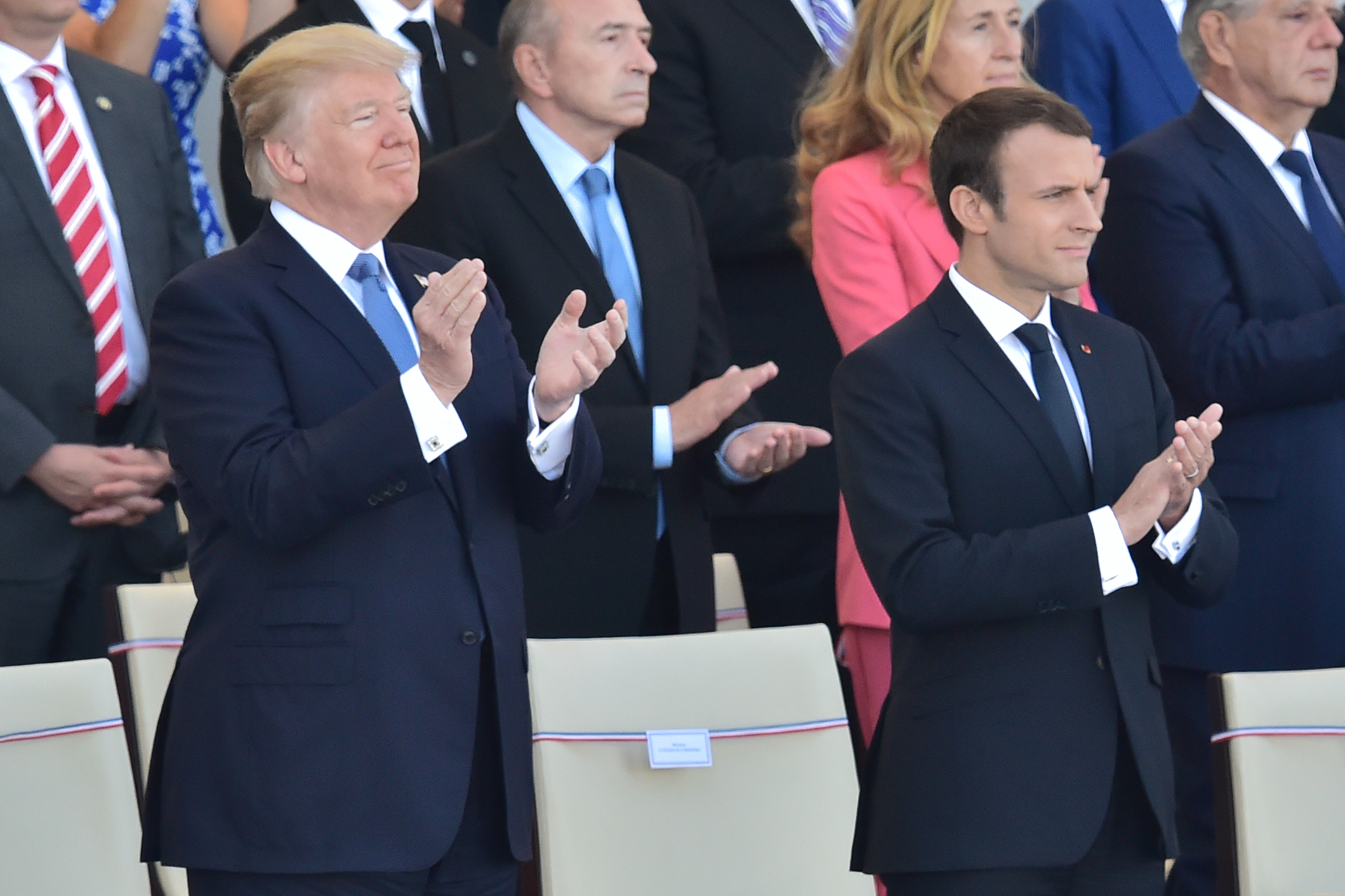 US President Donald Trump (L) and his French counterpart Emmanuel Macron applaud as they watch the annual Bastille Day military parade on the Champs-Elysees avenue in Paris on July 14, 2017.
The parade on Paris’s Champs-Elysees will commemorate the centenary of the US entering WWI and will feature horses, helicopters, planes and troops. CHRISTOPHE ARCHAMBAULT/AFP/Getty Images