St. Louis, Mo., business owners are figuring out how to fix property damage after four nights of violent protests over a Friday verdict in a fatal police shooting.

Twenty-three businesses in the Delmar Loop, a thriving business and entertainment area, sustained damage during tense protests Saturday night as people took to the streets, leaving a wake of broken storefront windows and damaged property. The protests come after a judge ruled not guilty in the case of white former police officer Jason Stockley killing black driver Anthony Lamar Smith after a police chase.

“We suffered the breakage of three major front window panels,” Rich Howard-Willms from Plowsharing, a non-profit organization that sells various artisans’ work, told The Daily Caller News Foundation. “There was glass all over the inside and outside of the store. But nothing was stolen from what we can tell and there was very little damage to the actual product. So we’re thankful for that.”

The damage to the store could cost $2,000, though the city might be able to help them with costs, his landlady told him.

Other business owners also cited damage costs to their stores and restaurants. Another business owner, David, who co-owns Meshuggah Cafe with his wife, said it cost $400-$500 to board up their window panels after people destroyed them. They’re still waiting on the final number from the insurance company, but he believes it will probably cost them a couple of thousand dollars to fix, he told TheDCNF. 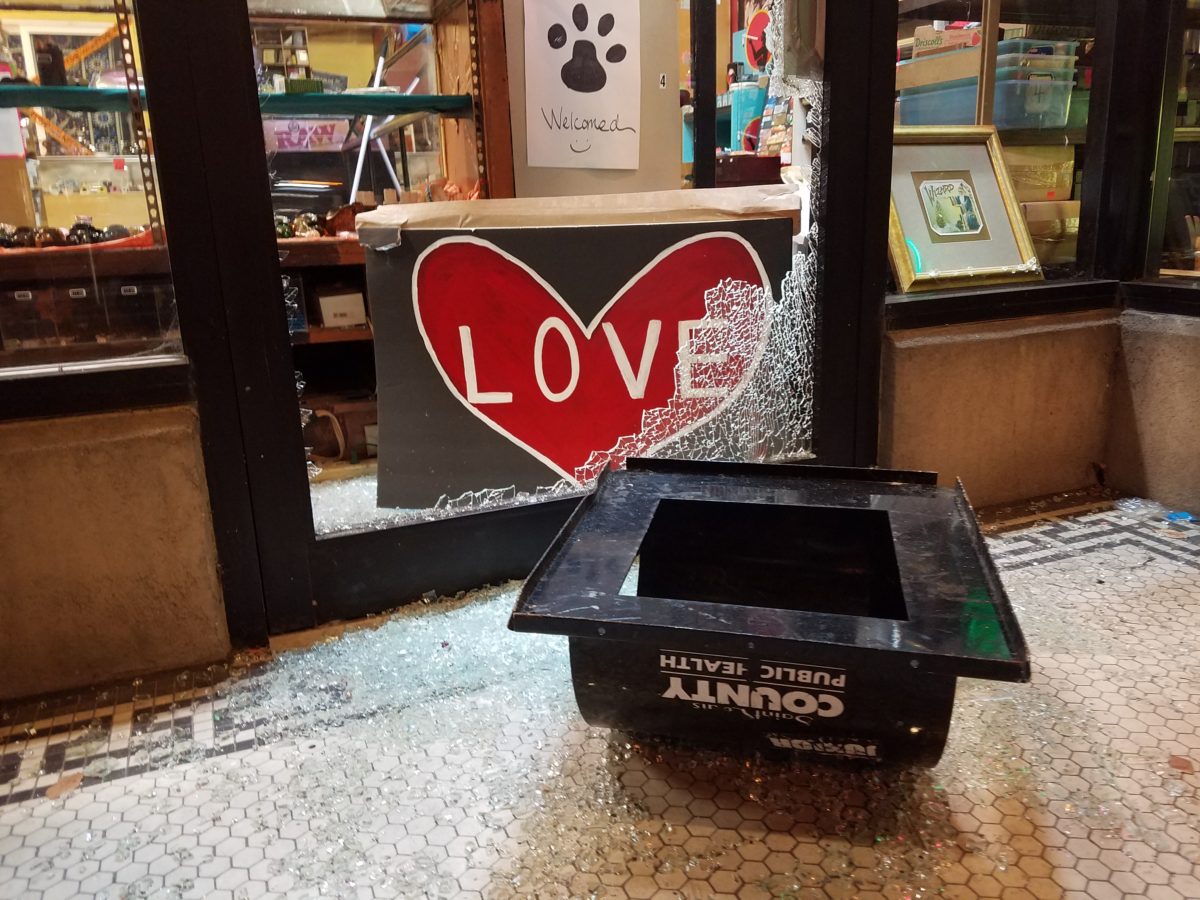 Jessica Bueler with H.S.B Tobacconist is still waiting to hear back on the costs from the damage, but noted that her business had to shut down early Monday to accommodate for another night of protests, a decision that would impact employee wages.

“I think everyone just wants to be safe and make sure their employees are okay. It’s just a good precautionary action,” Bueler told TheDCNF. “We’re not excited about having to close at six o’clock. We’re normally open until 9 p.m. Obviously we wish we could be open until 9 p.m. because that will mean a loss of revenue for our business and also it cuts hours for our employees who are depending on that income. ”

The three business owners all spoke of an outpouring of community support to help the businesses recuperate from the damage. Some people showed up to help clean up the broken glass in the surrounding area, while others came to paint up the boarded windows to bring some beauty to the situation, they told TheDCNF. Bueler added that she and other business owners had set up a Go Fund Me account to raise money to help businesses recover from the damage.

Howard-Willms said some of his customers donated money to help the business foot the cost of covering for the damage, while all three owners reported extremely high sales the day after they all sustained damage, a move they believe is the community trying to show support.

“There were people literally at our door at 10 in the morning saying ‘Are you open because I want to come in and shop?'” Howard-Willms said to TheDCNF. “There was a very sizable support group that wanted to do something positive for the businesses that suffered the breakage. We actually had a very, very strong sales day yesterday because of people’s response to this event.”

For the most part, the business owners were supportive of the people’s right to protest and noted to TheDCNF for the most part the protesters were peaceful and expressed disappointment that some people chose to act violently during the night.

A key part of the St. Louis protests has been aimed at economic disruption, a protest organizer told KMOV previously, adding that they marched in the malls to point out the importance of economics in this type of situation.

David said while he understands what “economic disruption” can do, he questioned whether it was really helpful.

“I understand the general idea behind that but for me, I don’t think the logic holds up. I think yes, it gets people’s attention. But in this case the minimum wage worker loses far more than the shop owner or the business owner,” David said to TheDCNF.

The protests still show no sign of slowing down as people are gearing up for a fifth day of marching.