Ivanka Trump rocked Detroit Tuesday when she showed up to an event for coding and computer science programs wearing a red top and skirt outfit.

The first daughter proved red is her color by pairing a scoop-necked shirt with a black and purple striped skirt.

“Today I stand with private sector leaders to show our commitment to #CSforKids. CS is foundational to preparing the workforce of the future,” Trump tweeted about the event. (RELATED: The Outfit Ivanka Wore Stepping Off Air Force One Would Stop Her Critics In Their Tracks [PHOTOS])

Today I stand with private sector leaders to show our commitment to #CSforKids. CS is foundational to preparing the workforce of the future! pic.twitter.com/CwoHTYyPr6

She completed the great look with a pair of metallic gold high heels.

“Computer science and coding are priorities for the administration as we think about pathways to jobs and alignment of education to in demand jobs in the modern economy,” Trump added. “I’ve spent a lot of time on the growth of economy and job growth. Part of that is jobs unfilled today and jobs of the future and the skills sets necessary to enable the next generation to thrive.”

Several other pictures from the day have surfaced on Twitter of the first daughter at the event.

This pic is from the #CSforKids announcement happening right now. Proud to partner with @codeorg and others to make a difference pic.twitter.com/5abKJzkaVg

On Monday, Trump showed up to the signing of a memorandum by President Donald Trump in the Oval Office in a great black dress.

The memorandum directs the Department of Education to make STEM education (science, technology, engineering and math)/ computer science a priority with $200 million each year in grants. 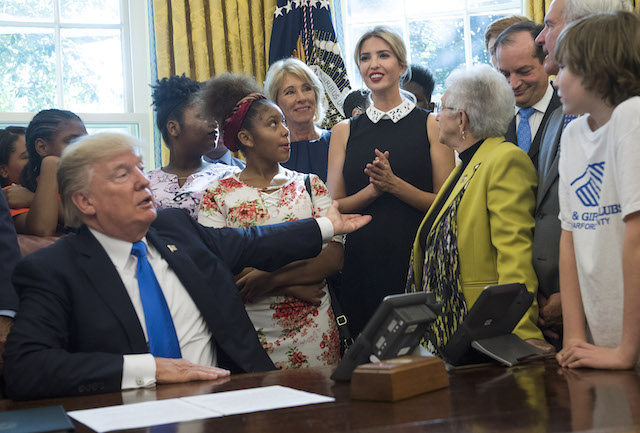 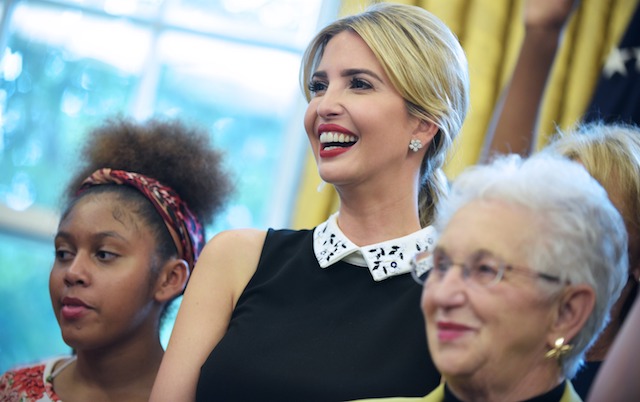 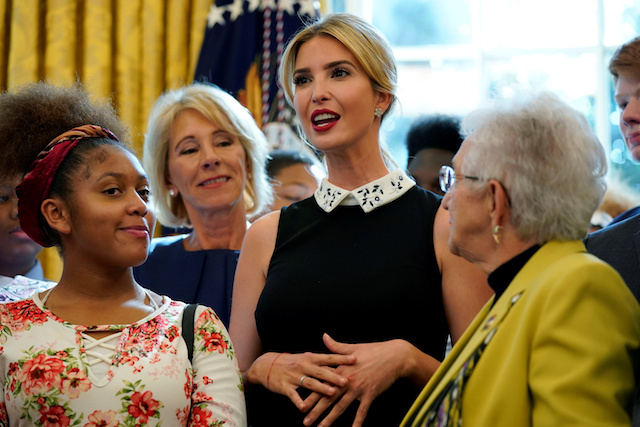