Hall is best known as the fun and crazy host of the popular television game show “Let’s Make A Deal,” which he presided over from 1963-1986. He passed away Saturday at his home in Beverly Hills of heart failure. 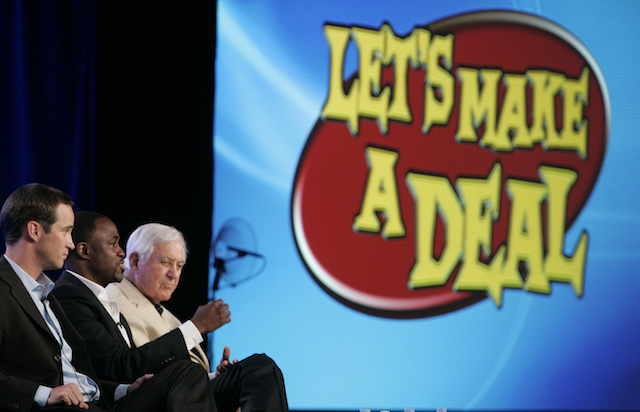 “We are deeply saddened to learn of the passing of Monty Hall, a television legend who hosted a show and created a format that has entertained audiences for more than 50 years,” Angela McDaniel with CBS Entertainment and CBS Television Distribution said in a statement.

“Monty’s infectious enthusiasm, humor and warmth were a winning combination that was evident to everyone he encountered, whether returning to make appearances on the current version of ‘Let’s Make a Deal,’ or gracing us with his presence at a photo shoot celebrating CBS Daytime earlier this year. On screen, Monty made the ‘big deals,’ but in the game of life, he himself was one. Our hearts go out to his children, his entire family and friends.”

Hall was one of the very first inductees into the American TV Game Show Hall Of Fame. In addition, he was recognized with a lifetime achievement Emmy in 2013 for his work.

He is survived by his daughters Joanna Gleason and Sharon Hall, his son Richard Hall and five grandchildren.