Police in Hollywood, Florida have arrested one of two men allegedly responsible for the violent and brutal death of a third man after an episode of group sex gone horribly wrong as Hurricane Irma approached.

The dead man is Ariel Gonzalez, reports the Bradenton Herald.

The two men accused in Gonzalez’s death on or about Sept. 10 are Travis Watson and Jacob Mitchell.

Watson is the man under arrest. 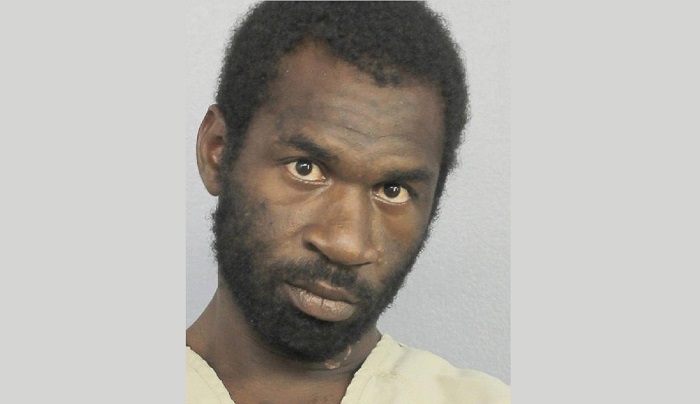 Mitchell remains on the lam.

Watson told investigators that Gonzalez approached him and Mitchell on the street on Sept. 10 — the day Hurricane Irma hit Florida’s Atlantic Coast. Gonzalez whistled at Watson and Mitchell. “My house, my house,” Gonzalez also allegedly said, according to an arrest report obtained by the Herald.

Mitchell is described in the arrest report as a short, balding white Hispanic cross-dresser who wears a blond wig. Mitchell also views Watson as his “husband,” Watson told police.

At some point, Watson and Mitchell decided to rob Gonzalez. Watson told police he punched Gonzalez in the face while asking him for money.

Mitchell then decided to beat Gonzalez with a number of implements including a coat hanger, a purple broomstick and an extension cord, Watson told police.

Police found Gonzalez’s festering, decomposing body draped in a blanket in his apartment on Sept. 13 after a friend became concerned because she stopped by, knocked at the door and smelled a rancid stench.

Gonzalez’s body had been stuffed into a closet. The Bradenton Herald describes the condition of Gonzalez’s apartment at the time of the discovery as blood-and-feces spattered.

Police were able to identify Mitchell and Watson as suspects in Gonzalez’s murder because neighbors noticed them leaving Gonzalez’s apartment in the midst of Hurricane Irma.

Watson, 30, left prison just three months ago after serving 13 years for burglary and other charges.

He is currently residing in Broward County Main Jail on a raft of charges — but not murder. His bond is $100,000.

WASH THAT OUT OF YOUR MIND WITH A HEARTWARMING STORY OF REUNION AFTER HURRICANE HARVEY: