“Sunday Night Football” suffered again in the ratings battle, despite the exciting game Sunday night between the Kansas City Chiefs and the Houston Texans.

NBC and the National Football League scored a 10.6/18 in metered market households in the match that saw the Chiefs beat the Texans 42-34 at NRG Stadium in Texas, according to Deadline Monday. (RELATED: NFL Ratings Tank — Worst Viewership In Nearly Two Decades) 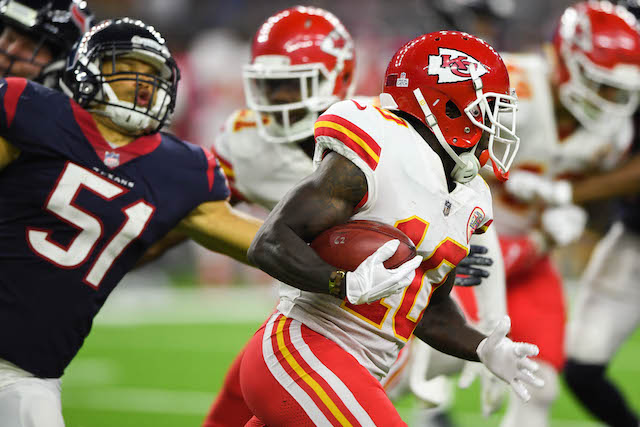 That’s a drop of 3 percent over last Sunday night’s match where the Seattle Seahawks beat the Indianapolis Colts 46-18. Those numbers make it the lowest rated game so far in a season, which has seen ratings drop as NFL  players and coaches allow protests during the national anthem.

In comparison, a year ago at the same time the Sunday night game on October 9, 2016, netted a ratings of just four percent higher in metered market households and a 5.9/16 in the coveted demographic with 16.62 million viewers. That game that was up against a highly anticipated presidential town hall debate between Donald Trump and Hillary Clinton in a week that the infamous “Access Hollywood” clip of Billy Bush and Trump speaking candidly about women came out.