Famous pornographic kingpin Larry Flynt offered $10 million Sunday to anyone who can provide information that ultimately prompts the impeachment and subsequent ousting of President Donald Trump.

“The attempt to impeach Donald Trump will strike many as a sour-grapes plot by Democrats to overturn a legitimate election,” the beginning of his appeal reads. “But there is a strong case to be made that the last election was illegitimate in many ways — and that after nine tumultuous months in office, Trump has proven he’s dangerously unfit to exercise the extreme power accrued by our new ‘unitary executive.'”

Flynt took out a full-page advertisement in the Sunday edition of The Washington Post to publicize his handsome reward. 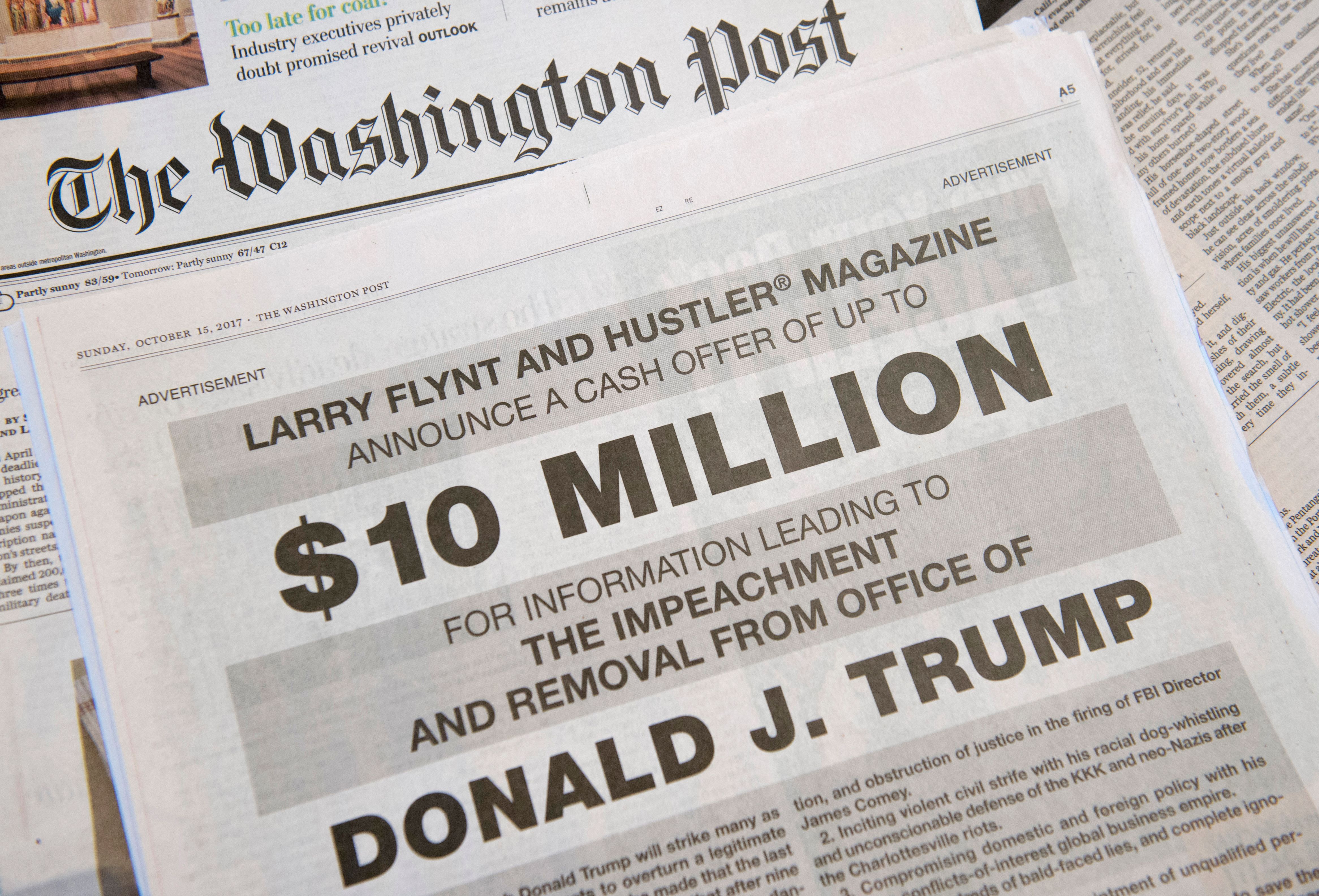 Some examples of why Flynt believes Trump is unqualified to continue serving at the helm of the U.S. includes: “gross nepotism,” “sabotaging the 195-nation Paris accords,” “compromising domestic and foreign policy,” “inciting violent civil strife,” “and colluding with a hostile foreign power to rig our election,” among others.

Flynt has used his affluence for other similar endeavors before. In 1998, he offered $1 million to any woman who could provide evidence that they had an affair with a government official, like members of Congress. Eventually, Bob Livingston, who was next in line to take over the highly influential position of Speaker of the House, was forced to admit to improprieties that “strayed” from his marriage. Flynt made the same deal with the larger public in 2007 as well, and again in 2012 when he sought Mitt Romney’s temporarily elusive tax returns.