A popular Instagram account that promoted a militant form of feminism was actually run by Russian operatives, who successfully fooled Women’s March organizers into sharing their content.

An investigation into the Kremlin’s cyber operations by Russian media outlet RBC named the account, which has since been deleted from Instagram, as among those operated by the Russians.

The account promoted the view, popular among left-wing feminists, that women don’t have equal rights in America. “We fight to achieve equal political, economic, cultural, personal, and social rights for women!” the account’s description read.

One post read: “I would rather be the ‘obnoxious feminist girl’ than be complicit in my own dehumanization.”

Another post showed a young, long-haired child holding a sign that read: “I’m the SCARY transgender person the media WARNED you about.”

Archived versions of the account show it had at least 46,000 followers as of March 2017.

One post that was shared by Women’s March’s South Carolina branch showed a picture of a girl holding a sign that read: “I need feminism because my 12-year-old sisters already cares about how much she eats.” 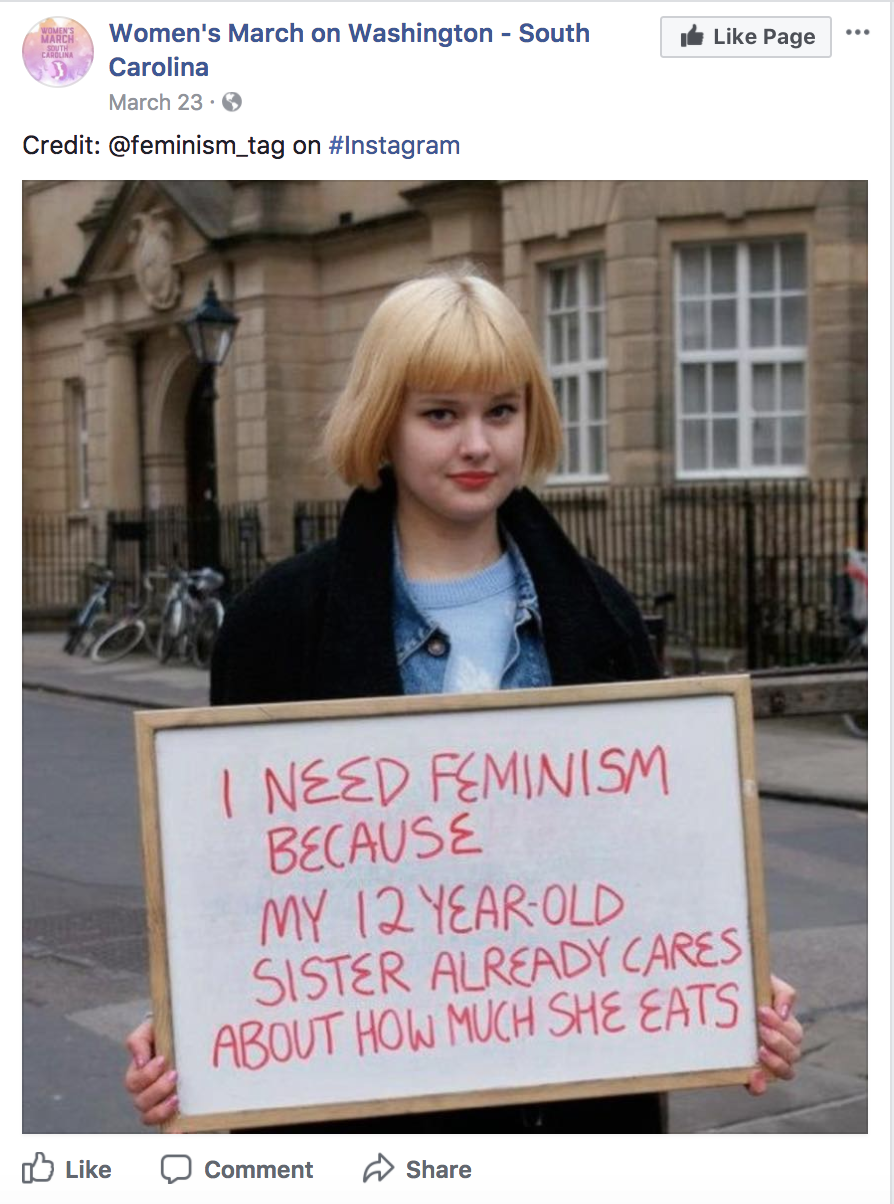 That post, which framed critiques of feminism as making it all about men, was shared more than 3,000 times across Facebook.

It’s already known that Russia sought to encourage and inflame identity politics in the United States as part of the country’s efforts to foment divide within America. (RELATED: America Is Obsessed With Identity Politics — So Russia Exploited It)

Russia is reported to have promoted inflammatory positions on both sides of hot-button political issues such as race relations and policing.