President Donald Trump met the Japanese emperor Monday morning, but opted for a strong handshake over a bow.

Trump arrived in Japan Sunday for discussions with senior leadership on issues ranging from trade to North Korea. His stop in Japan is part of a two-week tour of Asia that will take him to Japan, South Korea, China, Vietnam, and the Philippines. When he met Emperor Akihito and Empress Michiko, he delivered a firm handshake.

Although the president’s actions differed from those of his predecessor, the greeting passed without incident. When former President Barack Obama greeted the emperor, he bowed fully before the beloved Japanese figurehead. 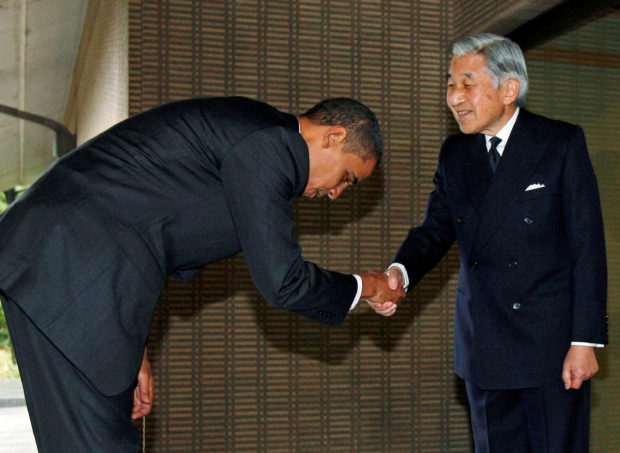 In Japanese culture, bowing is a sign of respect. The Department of State urges presidents and diplomats to acknowledge local customs, however, it does not typically advise presidents to bow. When Obama bowed before the emperor during his first visit to Japan, critics viewed the move as a sign of weakness that disgraced the office.