“President Trump delivered a rebuke to Japan Inc on Monday. ‘Try building your cars in the United States instead of shipping them over. Is that possible to ask? That’s not rude. Is that rude? I don’t think so,’ Trump told executives from local automakers during a trip to Japan,” Shane wrote.

“Japanese automakers have tried: The country’s big three car companies already have huge factories in the U.S., and their production in the country is at a record high.”

Trump, however, acknowledged this clearly in his remarks and appeared to be cracking a joke when he asked Japanese manufacturers to build in the U.S.

Here are his remarks in full.

I also want to recognize the business leaders in the room whose confidence in the United States — they’ve been creating jobs — you have such confidence in the United States, and you’ve been creating jobs for our country for a long, long time.  Several Japanese automobile industry firms have been really doing a job.  And we love it when you build cars — if you’re a Japanese firm, we love it — try building your cars in the United States instead of shipping them over.  Is that possible to ask?  That’s not rude.  Is that rude?  I don’t think so.  (Laughter.)  If you could build them.  But I must say, Toyota and Mazda — where are you?  Are you here, anybody?  Toyota?  Mazda?  I thought so.  Oh, I thought that was you.  That’s big stuff.  Congratulations.  Come on, let me shake your hand.  (Applause.)  They’re going to invest $1.6 billion in building a new manufacturing plant, which will create as many as 4,000 new jobs in the United States.  Thank you very much.  Appreciate it.  (Applause.)

President Trump and Prime Minister Shinzo Abe feeding fish produced a viral moment with a photo of Trump dumping out his food container into a koi pond. 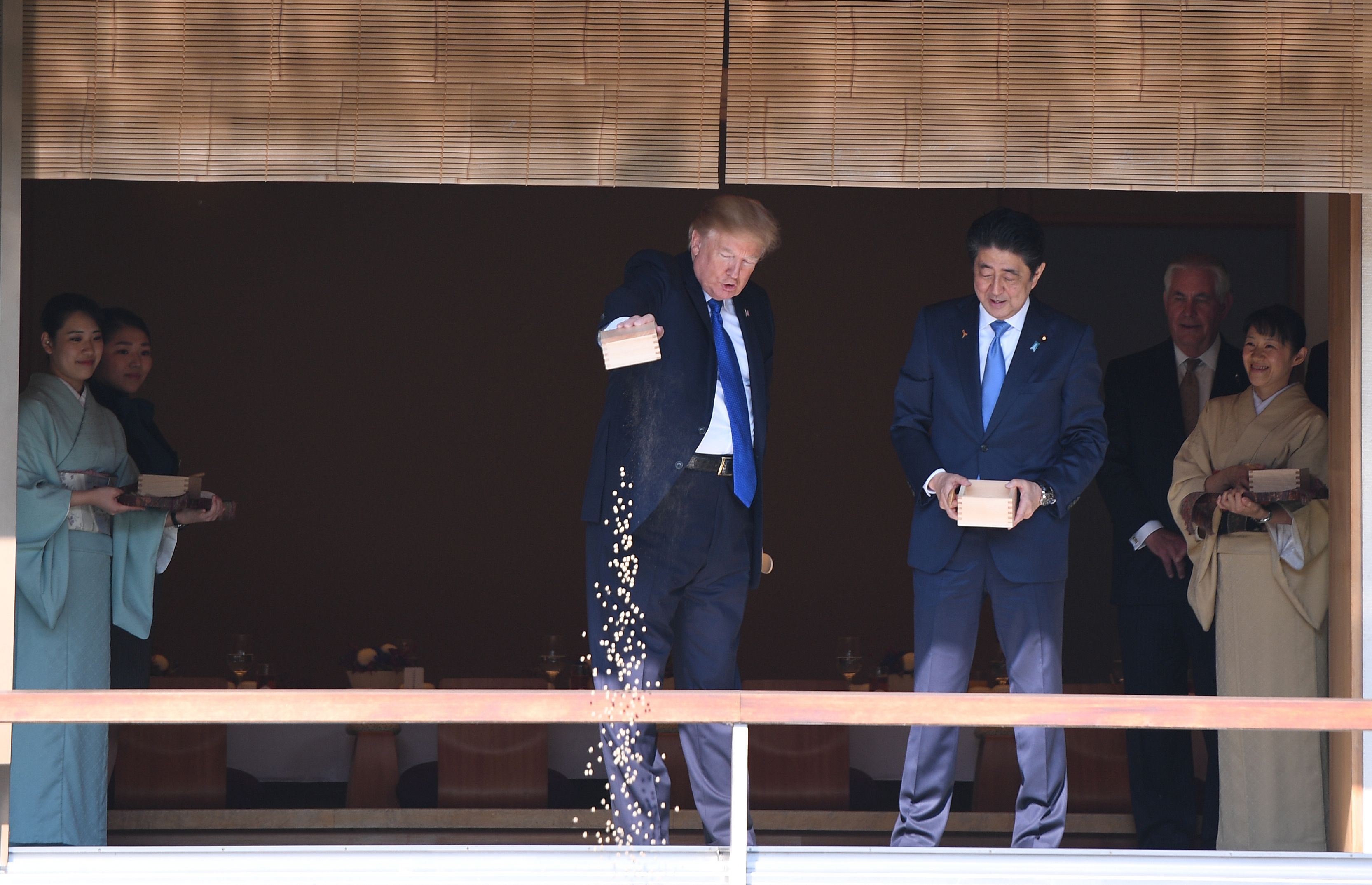 A video released by CNN appeared to show President Trump alone in his act of dumping out a container of fish food.

The video zooms in enough to omit Abe dumping out his container as well.

Here is the full video.