Melania Trump won fall when she stepped off Air Force One Tuesday alongside President Donald Trump in Seoul, South Korea in a burgundy coat. 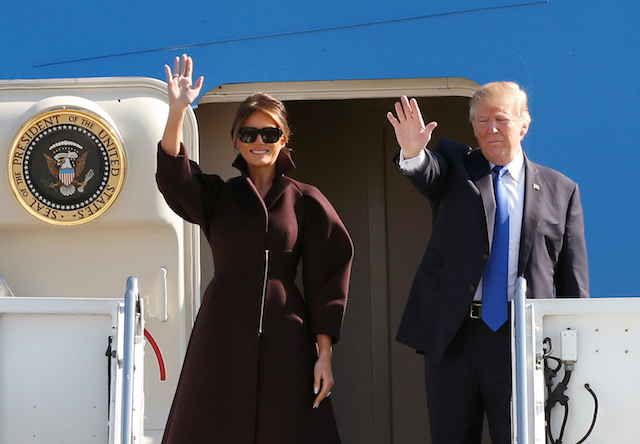 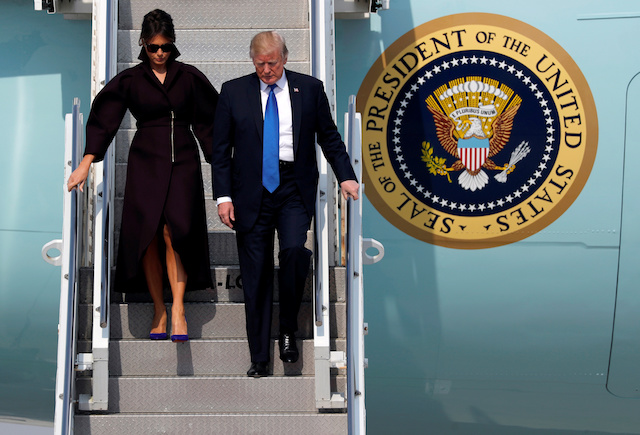 The first lady looked gorgeous in the long-sleeve Delpozo coat with a high collar that went down past her knees after she arrived at Osan Air Base.

She was with the president on the third day of his 12-day tour of Asia. (RELATED: Send In The Navy! Melania Stuns In Japan In Deep Blue Dress [PHOTOS]) 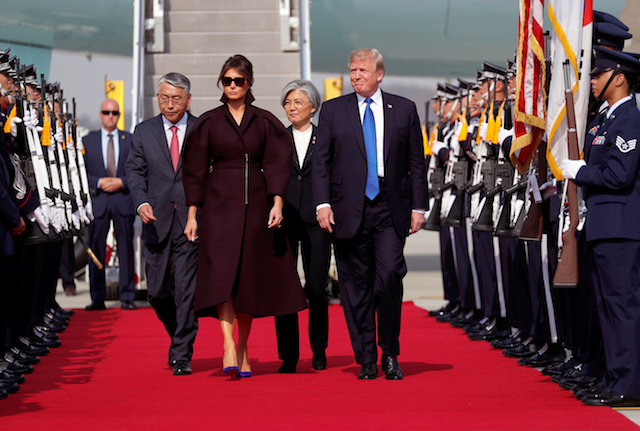 She completed the look with her hair pulled back in a pony tail and purple high heels. 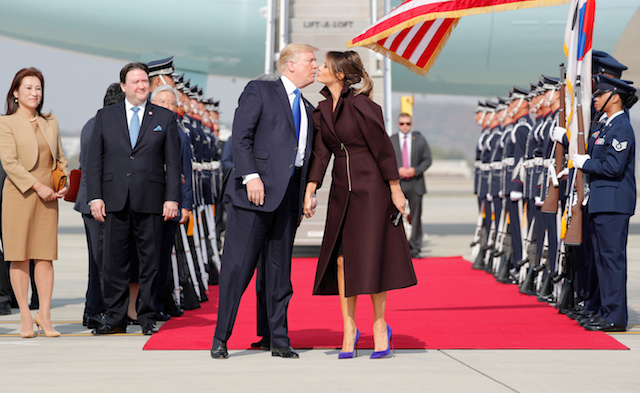 At one point, she and the president shared a kiss on the tarmac. 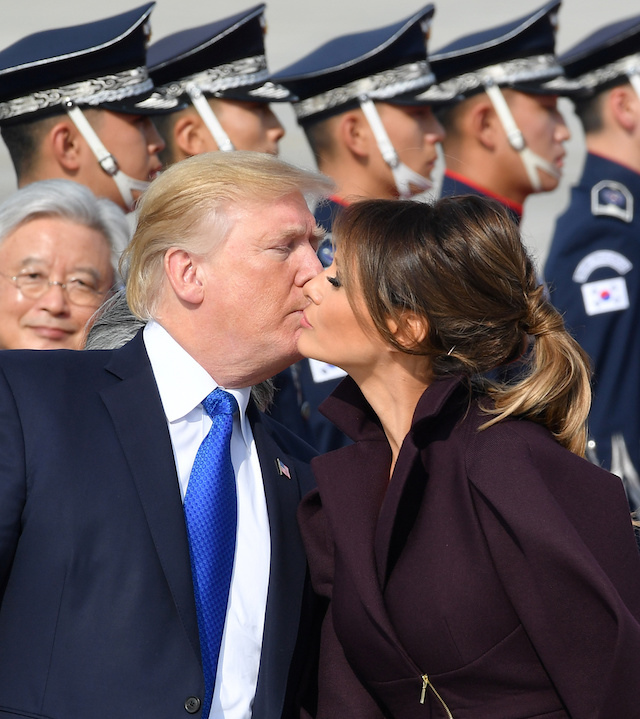 She and the president were greeted by children waving American and South Korean flags.