After decades of denying it, the U.S. Forest Service (USFS) has finally acknowledged it has systemic problems with sexual harassment.

“Since implementing an updated anti-harassment policy in September 2016, the agency has carefully reviewed and resolved over 400 cases of alleged harassment,” the USFS said. “Of the 400 cases, Forest Service has substantiated 83 cases of harassment including 1 sexual assault (that employee was removed); 34 cases of sexual harassment (employees were removed/terminated, suspended or received reprimands depending on the offense;) and 51 employees were found to have engaged in other, non-sexual harassment.”

The Daily Caller first exposed widespread sexual harassment at the USFS in February 2014, and since the issue was covered by the New York Times, Sharyl Attkisson and the Huffington Post, along with a 2016 hearing in the House Oversight Committee.

Until now, the U.S. Forest Service denied there was a systemic problem; then deputy chief of business operations Lenise Lago, a 27-year veteran of the USFS, said this at the 2016 hearing: “Throughout my career in the Forest Service, I’ve also experienced the dedication and commitment of our employees at all levels to work together for a working environment that’s free of harassment where all employees can thrive.” 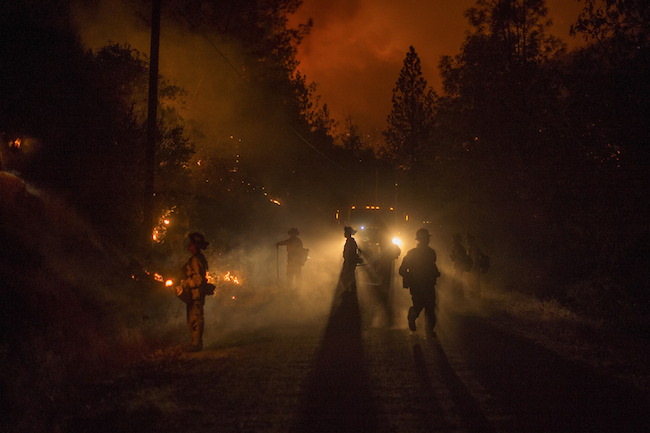 Whitmer said she worked as a firefighter in the Bureau of Land Management, before moving to a hotshot crew at the National Park Service and then the USFS, experiencing harassment at all three.

“During work hours, while in travel status in hotels, and in many cases during after-hours partying on government compounds I felt harassed and pressured to have sexual relations with supervisors,” Whitmer said of the harassment at USFS. “To survive as a female, I knew early on I would be expected to accept the culture or leave. For years I did try to just do my job and ignore the negative aspects of the culture.”

“I recall on one of my first fire assignments I walked into my hotel room, we were in travel status and my squad boss had let himself into my room and was drunk on my bed inviting me to have sex. A few years later something similar would happen with a Captain, laying on a bed drunk in a hotel room, again requesting sex. I would turn down these requests and confront the person and it was never taken seriously.”

Worse than that, she told The Daily Caller she was raped by a superior while working at the San Bernardino National Forest in 2011, and then even after reporting the rape, was forced to report to her rapist while working on a fire.

After complaining to management about the culture and other waste, fraud, she was sent a letter that suggested she was mentally unstable, took away her job and then her rehire rights.

Whitmer said she then filed for protection under the Equal Employment Opportunity Commission (EEOC) where she was asked to repeat her allegations numerous times causing the post traumatic stress disorder from the incident to flare up.

“It can drive a person nuts,” Whitmer said repeating the allegations over and over, “I have a hundred pages of documents; every time I receive this stuff, I get triggered.”

Whitmer said she first filed her EEO complaint in 2014 and it still hasn’t been resolved; she remains under the no-hire policy. 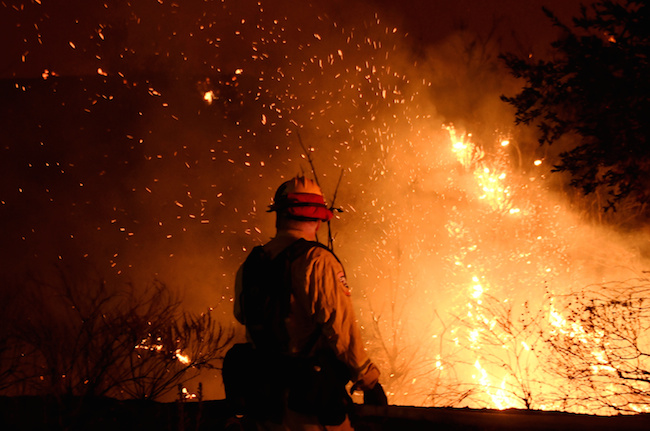 Reed said she worked at the National Park Service where she experienced sexual harassment often from other women.

She moved to the Forest Service to escape that harassment, only to experience more sexual harassment, this time from men.

“In the Grand Canyon, my supervisor threw things at me when she got upset,” Reed told TheDC. “I also witnessed a rape.”

“In Montgomery, AL, a co-worker was constantly calling me little girl. I confronted him, and he continued to call me names. One day, he told me that he wanted to bend me over and spank me. Another man, told me that I could not go out on a fire until I sucked his cock. I did not suck his cock. I have not gone on a fire. Another man told me, I had to wear knee pads to a conference, because if I went I would have to suck a lot of cock. I did not go to the conference.”

She said that while she refused to perform sexual favors to be sent on a fire, a friend did, was given these assignments, but now has depression and suicidal ideation.

She said she filed an EEO complaint but in the end, she was given an undisclosed settlement and none of the perpetrators are facing any significant punishment. 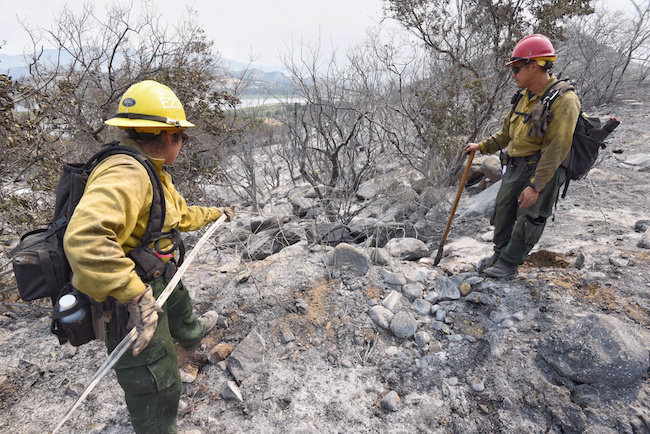 Raines told TheDC she was sexually harassed by a superior, John Forster, when she worked at the Cleveland National Forest, which is in Region 5 of the USFS.

She said Forster harassed her for approximately two-and-a-half years, including calling her at all hours and making sure they sat together when they flew to conferences.

At the hotel, Raines said, “he’d always hand me a hotel key. I can come in day and night.”

After two-and-a-half years, Forster started going through a divorce and the harassment stopped only to have five years of retaliation.

She was kept off assignments, suspended and demoted.

After five years of retaliation, Raines finally had enough and took her complaints to their boss, Division Chief Wes Ruise.

“He didn’t do anything,” Raines said of Ruise’s response.

She then filed an EEO claim; she remembers repeating the story approximately 10 times.

After a process that lasted more than two years, Raines said it wasn’t worth it.

“He still has his job,” Raines said of Forster, “he is still battalion chief.”

Donnelly said she experienced harassment with the USFS when she worked there in the 1990s; she participated in The Daily Caller’s 2014 story.

She said the harassment has continued unabated at the USFS for decades.

Just in the last five years, she’s helped approximately 20 women file an EEO sexual harassment complaint and has heard hundreds of stories of people who are still too afraid to file formal action, including five alleged rape victims too afraid to come forward.

She said not only is reporting to superiors fruitless and often counter-productive, but the EEO process is slow, cumbersome and secretive, and the results are sealed.

She said women don’t often settle their cases, but when they do, it usually involves hush money and a no re-hire clause.

As a result, it is the victims who are most often run out of the USFS.

Rice testified with Donnelly at the House Oversight Committee in 2016 and participated in The Daily Caller’s 2014 story.

Rice said she was harassed by her superior, Mike Beckett, who also stripped her of management duties in retaliation after his advances were rejected.

While Beckett was finally terminated, he was rehired as part of a contracting crew before being banished for good after she and Donnelly complained.

She thought she’d finally have her management duties restored when her old position opened up earlier in November 2017.

“They chose some young guy from California,” Rice said, “He was never in a supervisory role.”

“While we cannot give specifics about Denise Rice’s application and interview process because of personnel privacy protections,” the Forest Service stated, “in general when considering candidates with similar levels of qualifications and experience, Forest Service hiring officials consider a variety of characteristics when determining the candidate most suited to fill the position.”

Donnelly said people involved in the process told her Rice was passed over in retaliation for appearing at the hearing.

“Nothing has changed,” Rice said of the culture since speaking to The Daily Caller in 2014.