UFC president Dana White made it clear he thinks there is a strong possibility that Conor McGregor never fights again.

“Listen, we’re still in that, ‘Conor might not ever fight again.’ Guy’s got a f***ing 100 million dollars! You know?…Fighting’s the worst. Try getting up and getting punched in the face every day when you’ve got 100 million dollars in the bank. You know? Money changes everything, with a lot of people. We’ll see,” White recently told the media, according to MMA Mania. (SLIDESHOW: These Are The Greatest Ronda Rousey Photos On The Internet) 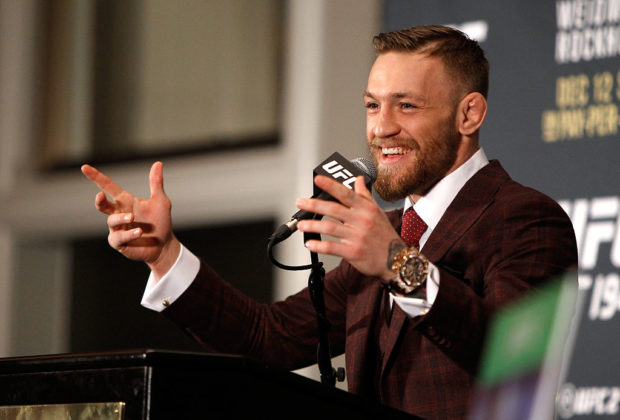 Pretty hard to disagree with White’s logic right here. Why would anybody want to get punched in the face if money isn’t an issue? You can live one hell of a great life from a financial standpoint if you have $100 million in the bank. (SLIDESHOW: These UFC Women Really Hate Wearing Clothes)

In fact, you can live like a king for a lot less. Of course, we can’t count out McGregor’s passion and competitive nature. There’s always a chance that he’ll want to get back in the octagon because the drive inside of him is just too much. (SLIDESHOW: These Are The Sexiest Paige VanZant Photos On The Internet)

We’ll have to find out and see what the future holds for him.