Franken said Thursday on the floor of the Senate that he will be resigning “in the coming weeks.” He faced backlash from allegations by eight women that say he groped or touched them inappropriately, but during his Senate speech, he did not apologize, saying that some of the accusations are false and that other incidents he remembered differently.

The instances of sexual assault came from a diverse chorus of women and spanned decades. Dozens of his Senate colleagues called for his resignation Wednesday.

This does not feel right.#Franken

In response, Brzezinski got torched for hypocrisy. 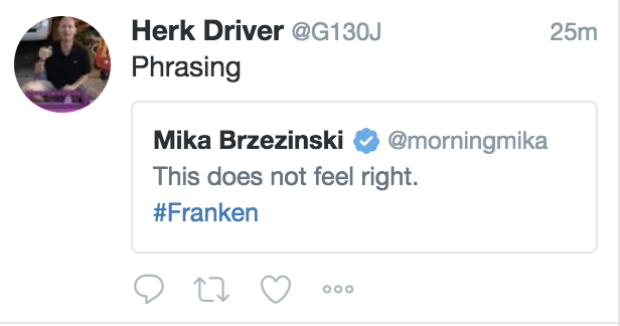 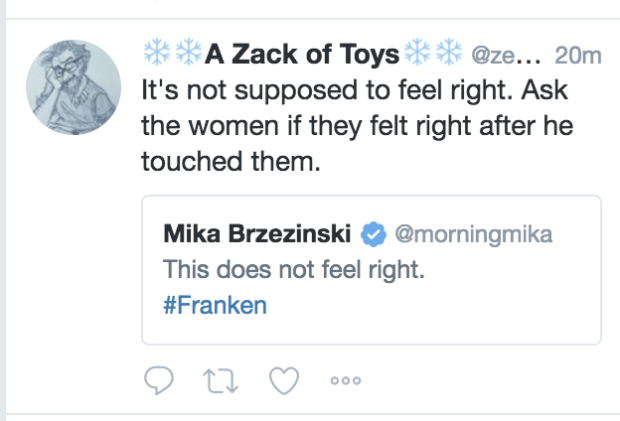 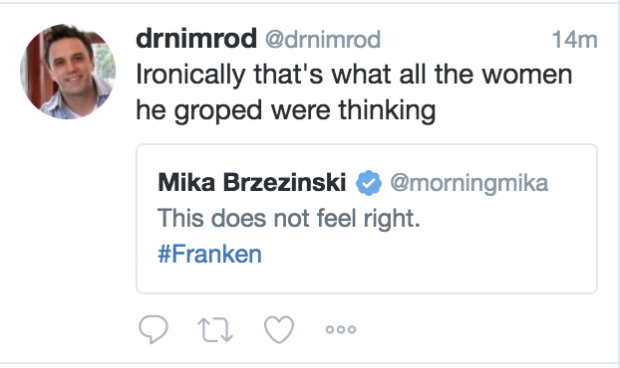 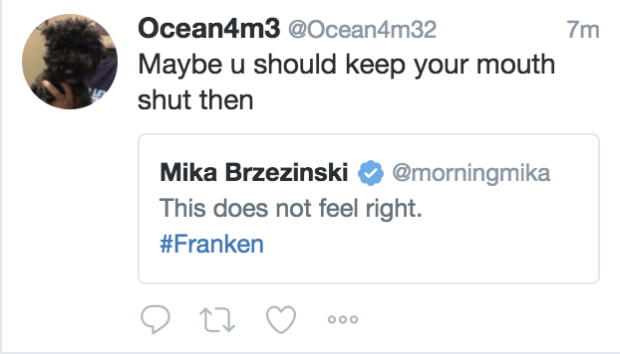 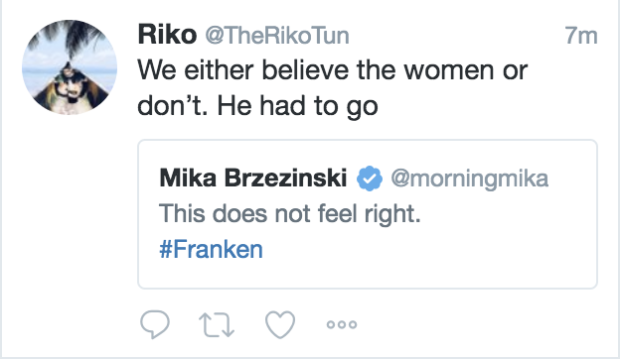 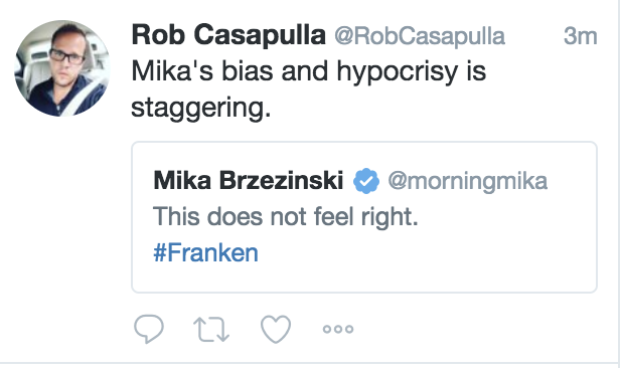 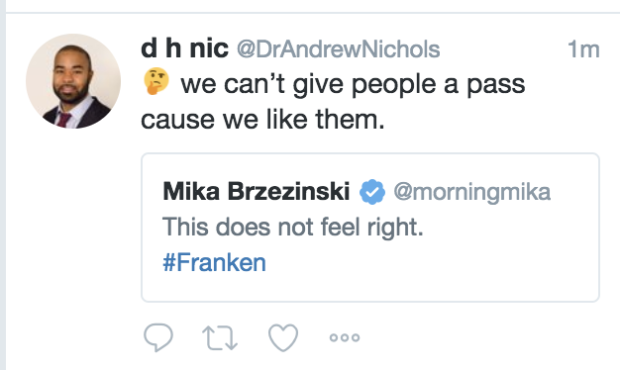 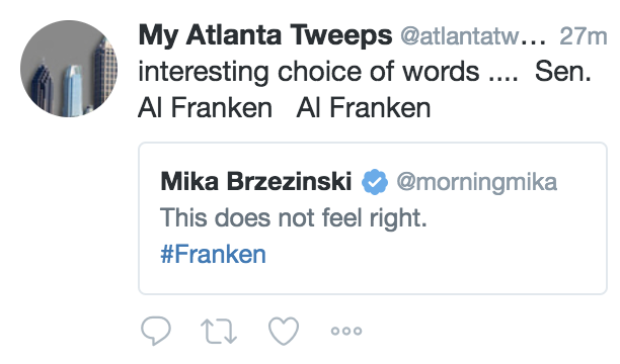