Matt Lauer’s appearances in two upcoming films won’t be cut, according to the Hollywood Reporter.

The former “Today” show host, who was fired for inappropriate sexual behavior, is featured in two new movies “I, Tonya” and “Lady Bird.” (RELATED: ‘The View’ Pivots To Trump While Discussing Allegations Against Franken [VIDEO]) 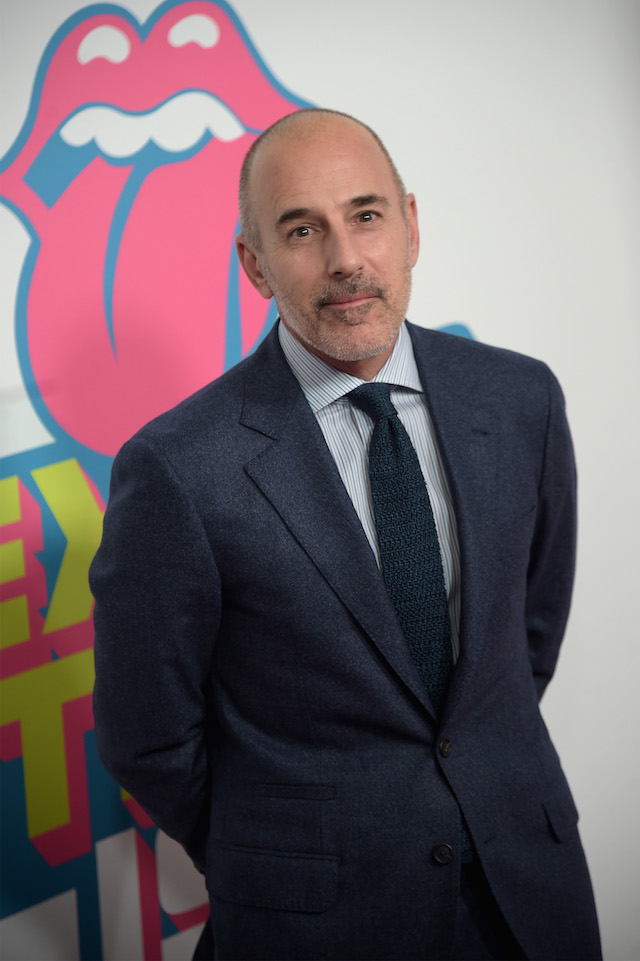 Matt Lauer attends The Rolling Stones celebrate the North American debut of Exhibitionism at Industria in the West Village on November 15, 2016 in New York City. (Photo by Jason Kempin/Getty Images for for The Rolling Stones)

Lauer will reportedly appear in both movies, unlike Kevin Spacey, who was cut from “All the Money in the World” following allegations of sexual harassment and misconduct against him. Spacey was replaced by Christopher Plummer. When asked by the outlet, reps for the films wouldn’t comment on removing the former NBC host.

In “Lady Bird,” a Bush-era coming-of-age movie, actress Saoirse Ronan is watching the news as Lauer reports on the Sept. 11 attack. According to the report, at a recent screening in Los Angeles, there were audible groans heard from the audience during Lauer’s appearance.

In the movie based on the life of former U.S. figure skater Tonya Harding, “I, Tonya,” the former NBC newsman appears in actual footage from his report of the 1994 attack on figure skater Nancy Kerrigan.