The Senate race in the state of Alabama is a contentious one that has attracted the attention of the entire nation and there is one man that could completely derail the chances for both Roy Moore and Doug Jones at the last minute. That man is Nick Saban.

American Bridges posted a video to YouTube on Monday a day ahead of the special election in Alabama urging voters to abandon their political parties and vote for a write-in candidate, The Hill reports. The video demonstrates step-by-step instructions to do so, using University of Alabama head football coach Nick Saban as an example.

Typically nobody would pay any mind to a write-in candidate, but with the way this particular election has been going anything could happen tomorrow. Democratic candidate Doug Jones and Republican Roy Moore have been going back and forth in the polls, despite the fact that Moore is facing multiple allegations of sexual misconduct.

While Saban’s name hasn’t shown up in the polls, he just might be the guy to destroy both of their chances at becoming the state’s next senator. It appears that American Bridges has recognized that and is using Saban as an opportunity to sway some voters away from the embattled Republican candidate at the last second. 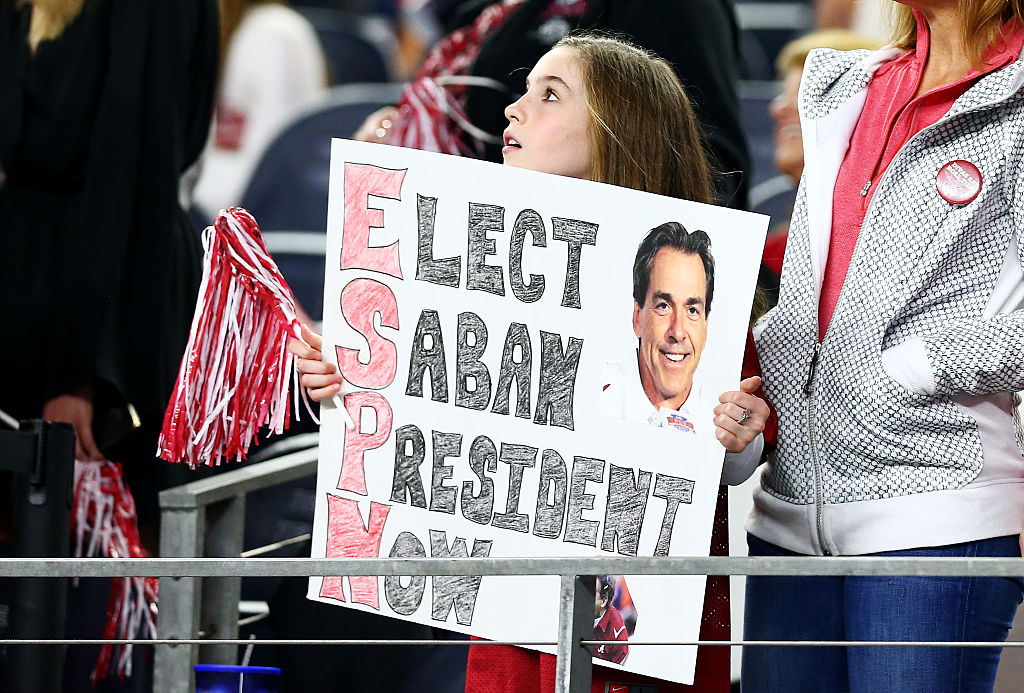 He’s been considered for other political positions. (Photo by Tom Pennington/Getty Images)

Saban has been the head football coach for the Crimson Tide since 2007 and has earned the reputation as something of a God in the state thanks to his four national titles. Of course the instate rival Auburn Tigers don’t see him that way, but would love nothing more than to see Saban step away from the sidelines and move on to politics.

We’ll just have to wait and see how it plays out tomorrow, but you can expect more than a few voters to support Saban for Senate.