The Times of Israel reports that Idan and her family have had to leave Iraq because the photo has provoked death threats in her native land.

Peace and Love from Miss Iraq and Miss Israel #missuniverse

The picture was taken at the Miss Universe International Beauty Pageant.

“Peace and Love from Miss Iraq and Miss Israel,” Idan wrote in the caption.

As part of the competition, she wore a bikini. 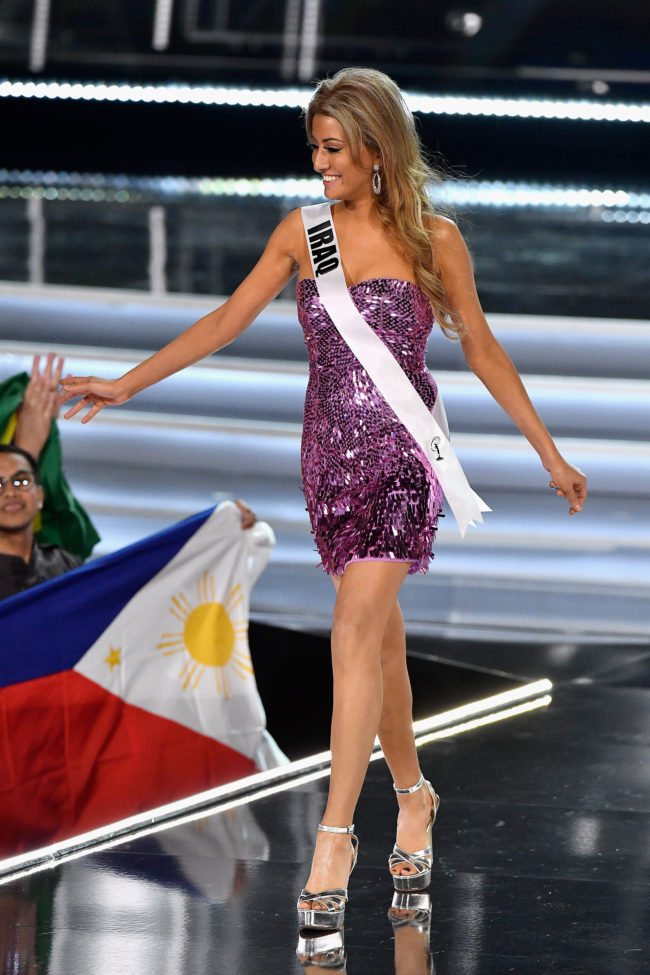 “The two of those things together caused a mess for her back home where people made threats against her and her family that if she didn’t return home and take down the photos, they would remove her (Miss Iraq) title, that they would kill her,” Gandelsman said, according to the Times of Israel.

Idan attempted to clarify her motivation in sending out the photo, saying in another Instagram post that she was only trying to “express hope and desire for peace between the two countries.”

She insisted the photo “does not signal support for the government of Israel and does not mean I agree or accept its policies in the Arab homeland.”

Despite death threats and demands that she retract he post and remove the picture, Idan has not done so.

“She did it to show that people can understand that it’s possible to live together,” Gandelsman told the Times.