The NBC “Sunday Night Football” ratings jumped up by six percent from last week’s, according to Deadline.

The Dallas Cowboys came into Oakland Sunday night and managed to eek out a last-minute victory to beat the Raiders 20-17 and keep their slim playoff hopes alive, while making an impressive showing for the network and the NFL. 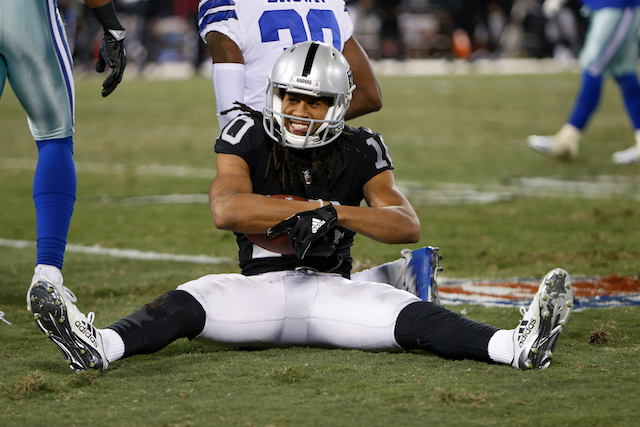 Seth Roberts #10 of the Oakland Raiders celebrates after a catch against the Dallas Cowboys during their NFL game at Oakland-Alameda County Coliseum on December 17, 2017 in Oakland, California. (Photo by Lachlan Cunningham/Getty Images)

In comparison, last week’s battle between the Baltimore Ravens against the Pittsburgh Steelers ended up scoring a 5.4/19 in the key demographic with 17.20 million viewers watching.