Joy Villa said she will speak with Washington detectives next week after filing a sexual assault complaint against Corey Lewandowski for an alleged incident at a party last month in D.C.

“I didn’t know him [Lewandowski] at all. I only knew him by reputation. He broke my trust,” the 26-year-old singer told the Associated Press Tuesday. (RELATED: Joy Villa: I’m Here To Help Carry President Trump’s Message) 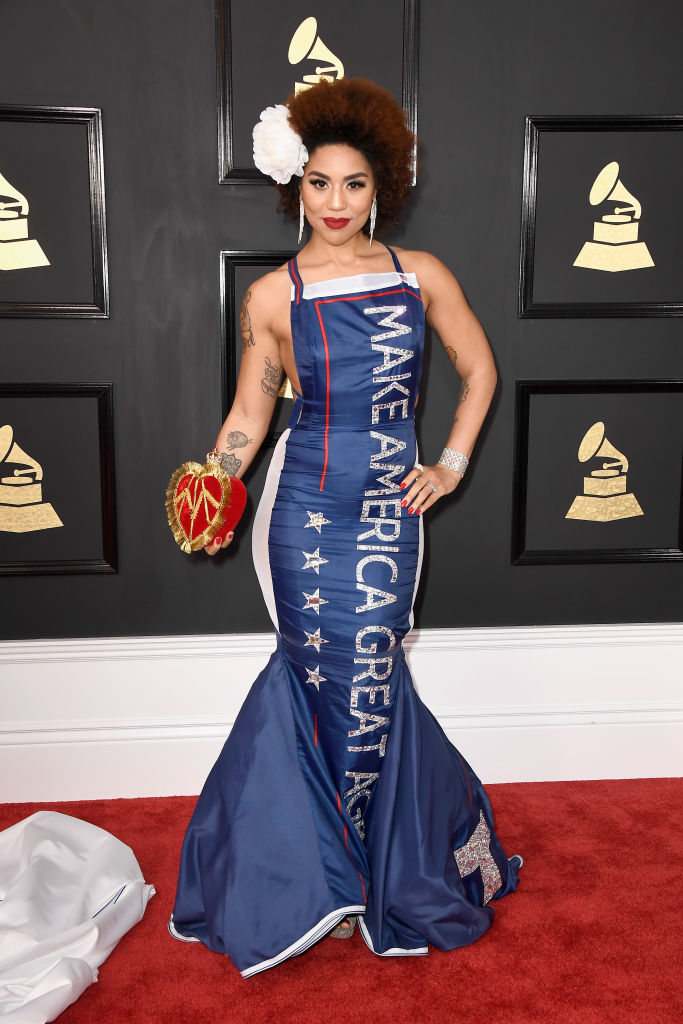 Villa explained how she saw Lewandowski at a gathering at the Trump International Hotel the day after Thanksgiving, and that’s when she alleged that he hit her two times “extremely hard” on the buttocks even after she asked him to stop, calling the incident “disgusting and shocking and demeaning.”

She added that she wasn’t going to say anything about it fearing a backlash. However, she changed her mind and called the Washington Metropolitan Police Department on Christmas Eve, after a friend who allegedly saw the incident spoke about it and others encouraged her to come forward. Lewandowski was for a time Trump’s campaign manager during the election.

“I was initially fearful to come forward with this,” Villa explained, sharing that she hoped to avoid bringing any shame or embarrassment to either of their families.

“I did nothing wrong,” she added. “I realized if he’s not going to respond or apologize to me, I think it’s the right thing to do.”

“Here’s the photo of @CLewandowski_ seconds before he slapped my ass, I told him to stop, and then he did it again. I was shocked and embarrassed by his behavior,” Villa tweeted about the alleged incident along with a photo.

Here’s the photo of @CLewandowski_ seconds before he slapped my ass, I told him to stop, and then he did it again. I was shocked and embarrassed by his behavior. https://t.co/61EYvOG4e9 pic.twitter.com/a8NgLnvCEZ

Earlier this month, the singer who wore a “Make America Great Again” dress to the 2017 Grammy Awards and has been an outspoken supporter of President Donald Trump. She’s also launched an exploratory committee for a possible “congressional run for the state of Florida.”