Seven women who accused Dustin Hoffman of sexual misconduc praised host John Oliver for confronting the actor for his response to the allegations.

“We want to thank you for confronting Dustin Hoffman. While the questions you asked may not have led to the constructive conversation you hoped for, the fact that you asked them at all is what matters most,” the women wrote in a letter shared on Anna Graham Hunter’s Twitter account Wednesday. (RELATED: Dustin Hoffman Accuser: ‘I Don’t Think We Should Feel Sorry For Him'[VIDEO]) 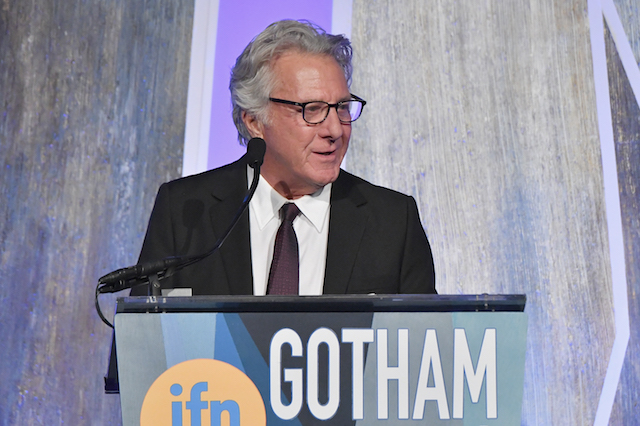 “Many men listen to and believe women when we recount our experiences of sexual harassment and sexual assault,” they added. “But few men put themselves at risk–socially or professionally–to have uncomfortable situations with other men. Women can continue to tell our stories, but ultimately, change will depend on men reflecting on their own behavior and challenging other men to do the same.”

Thank you @iamjohnoliver for confronting Dustin Hoffman. While the questions you asked may not have led to the constructive conversation you hoped for, the fact that you asked them at all is what matters most. @nykass @corithyme @MelissaKester + 3 others pic.twitter.com/WeenZP5jck

Hunter was the first woman to speak out against the actor last month when she accused Hoffman of sexually harassing her multiple times on the set of a 1985 TV movie when she was a 17-year-old intern.

The letter comes the day after Oliver shared that his attempts to get Hoffman to talk about the allegations during a panel discussion earlier this month “failed,” according to the Hollywood Reporter.

“It wasn’t ideal but it became such a big story– but it became about my questions rather than his answers,” Oliver told the host of Sky One’s “The Russell Howard Hour.” “The questions weren’t particularly remarkable, but his answers were– not great. That was the point of it. But it didn’t really go anywhere constructive, so the whole thing just made me feel sad.”