Donald Trump had no scheduled events on Wednesday, but that did not stop the president from swinging into the local fire department in Palm Beach, Florida.

Trump addressed the assembled EMTs and firefighters with a message of encouragement, telling them multiple times that they are doing a “fantastic job.”

After the pleasantries, Trump opened up the floor for questions. In the course of the Q & A, the president was asked a peppering of questions over how his administration was going. At these questions, Trump took a blowtorch to Obama-era policies and regulations that his administration has repealed. According to the official transcript: 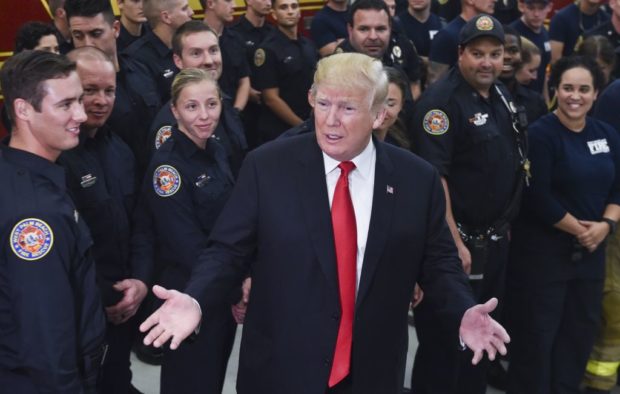 So the country is really —  you have a big, big beautiful ship that we’re turning around.  And a lot of good things are happening.  You know with the military, we’re rebuilding our military.  It was depleted.  You guys were a little bit depleted too. 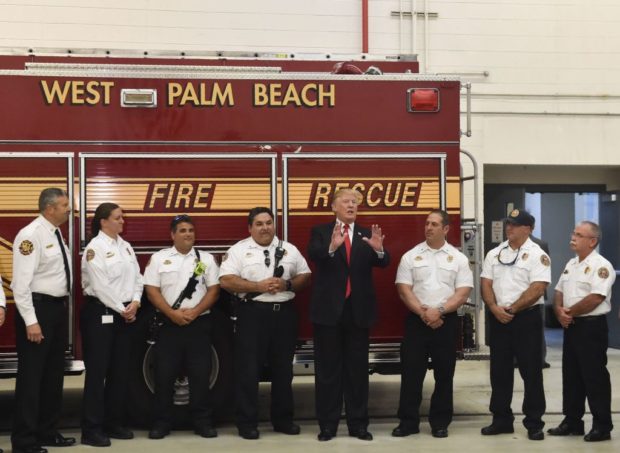 The repeal of the individual mandate, which is a disaster.  That’s where you have the privilege of paying a lot of money so that you don’t have to buy health insurance.  All right?  The most unpopular thing, which most people thought should have been unconstitutional.  But we repealed it.

Trump on drilling in the arctic refuge ANWR: 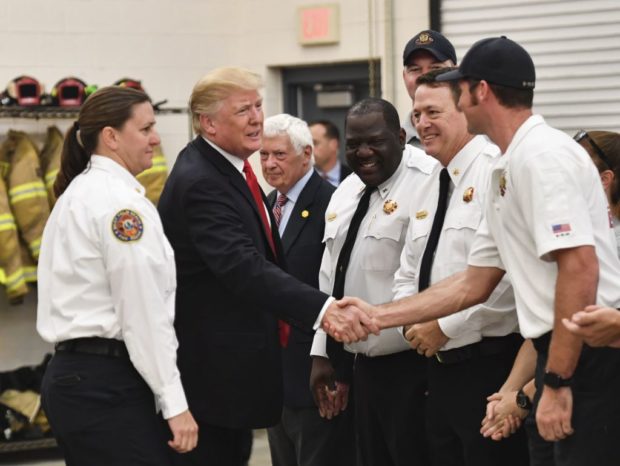 And we got ANWR, which is going to be one of the great drilling sites of the world — great oil reserves. 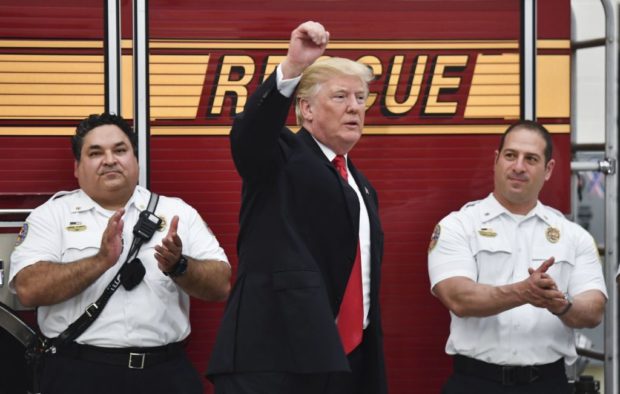 In addition, we have a lot of executive orders.  We’ve gotten a lot of the rules and regulations.  You people suffered from that to a certain extent, too, in all fairness.  But a lot of the regulations were voided.  And now you can go back to work and do your jobs.  In the case of builders, in the case of farmers, and so many others, they can now go back and do their jobs. So we have the all-time record for stopping ridiculous regulations, and we’re very proud of that record.

Trump on the stock market: 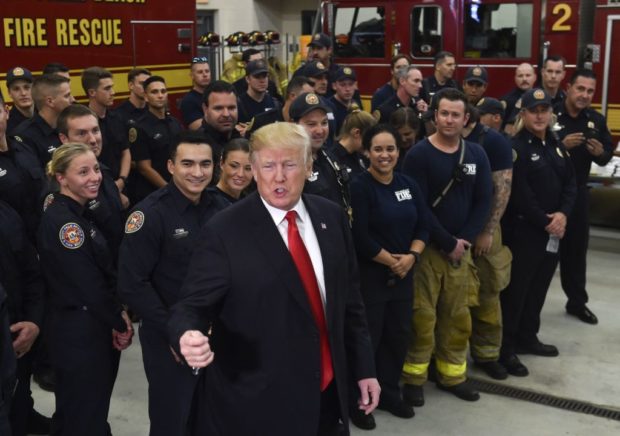 On tax cuts and corporate taxes: 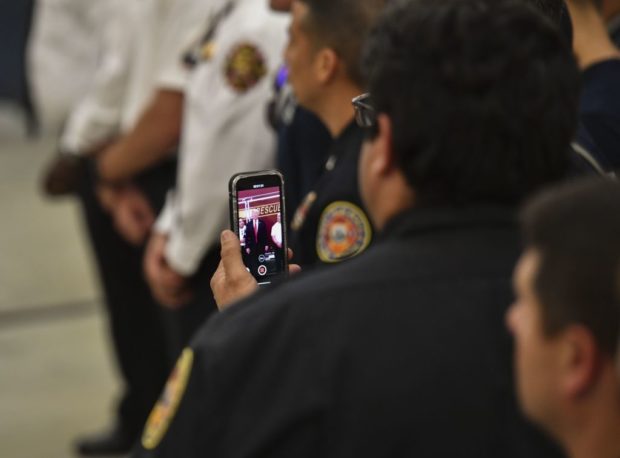 And I tell you, that tax cut bill is something with what’s it’s kicking in.  Literally we know when the big companies — AT&T, Comcast, so many others, Wells Fargo — they’re giving thousands of dollars to their employees.  And nobody saw that happening right away, but that happened early.  And now what’s happening is many other companies are following suit.

Trump finished his remarks with another compliment to the first responders, “So, again, continue doing what you do better than anybody in the world.  We appreciate it a lot.  And the safety and the lives that you save — incredible.”