Malsky is a New York-based actor who has played “drag comedy characters,” including Hillary Clinton.

Malsky does not like Donald Trump and made that clear on a recent trip to DisneyWorld, where the actor “protested” the animatronic Trump featured in the Hall of Presidents.  Malsky tweeted that he was planning on either throwing something at the robo-Trump or murdering it. 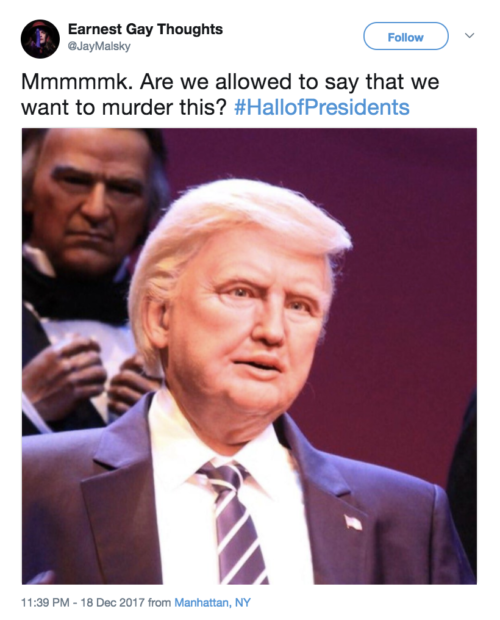 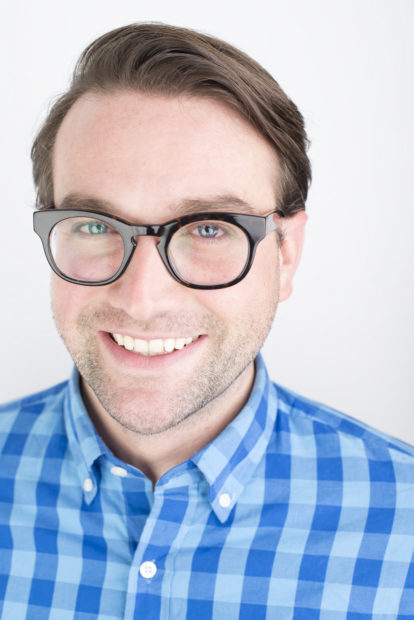 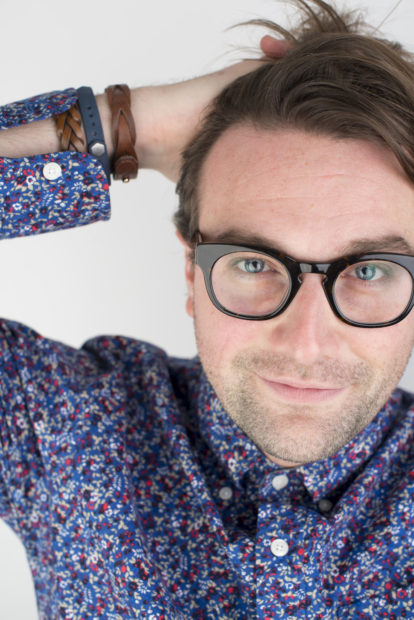 What he actually ended up doing was screaming “Lock him up!” during Trump’s entire speech on the ride. In a video posted on Twitter, Malsky can be heard screaming the slogan while others on the ride yell at him to stop and loudly protest.

“I protested realDonaldTrump at the #hallofpresidents cuz I’ll never get this close in real life probs. #lockhimup”

The disrespectful action is being broadly criticized online. 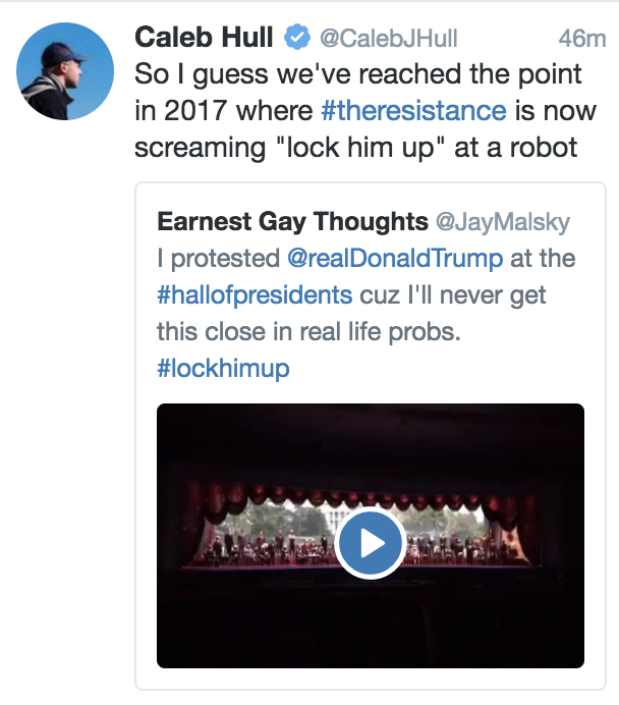 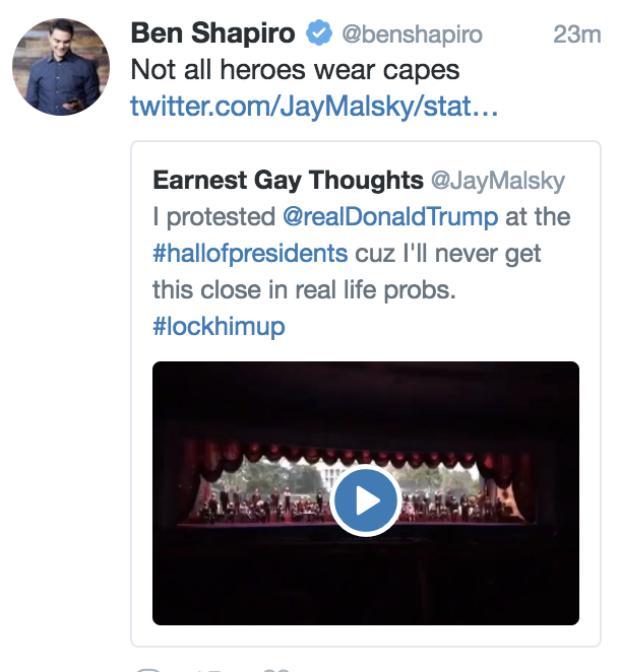 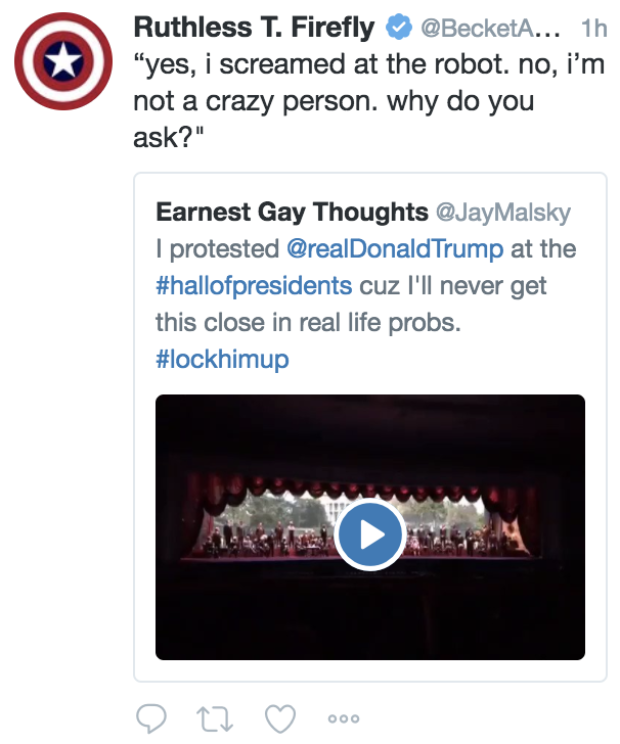 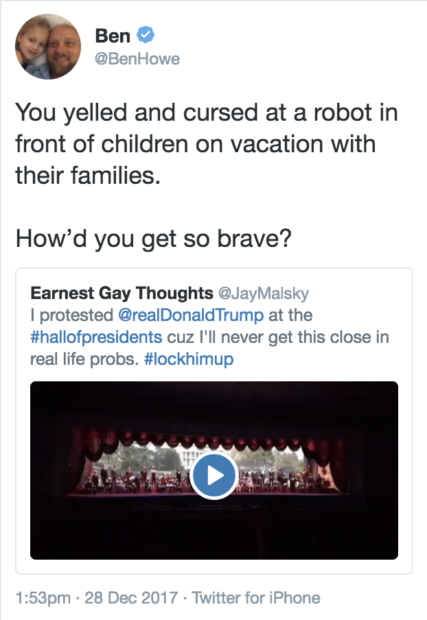 I protested @realDonaldTrump at the #hallofpresidents cuz I’ll never get this close in real life probs. #lockhimup pic.twitter.com/jKOQShIdz8