Senator Orrin Hatch abruptly announced his retirement Tuesday, which immediately had people speculating about his replacement.

One of the first names offered was none other than former Republican Mitt Romney former GOP candidate for president. Romney is a resident of Utah and a practicing Mormon, making him an easy favorite for the seat. Romney has also been an Ardent critic of President Trump, with the pair exchanging frequent attacks on social media. 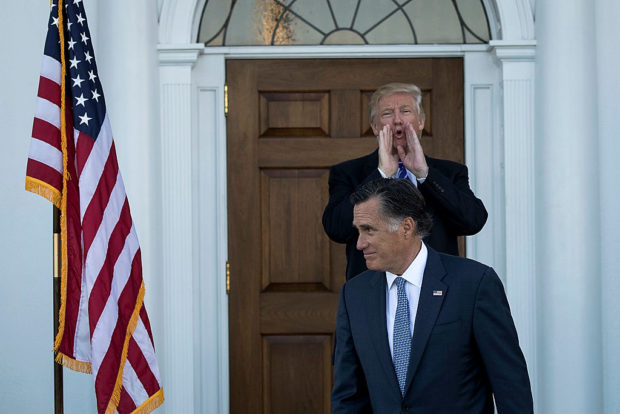 Romney broke his silence on Facebook moments after Hatch’s announcement, congratulating the retiring senator, listing his credentials and saying he and his wife wish them “all the best in their future endeavors.” In a very statesman-like way, Romney said Hatch “represented the interests of Utah” with honor and distinction.

“I join the people of Utah in thanking my friend, Senator Orrin Hatch for his more than forty years of service to our great state and nation. As Chairman of the Senate Finance and Judiciary Committees and as the longest-serving Republican Senator in U.S. history, Senator Hatch has represented the interests of Utah with distinction and honor. Ann and I wish Senator Orrin Hatch and his loving wife Elaine all the best in their future endeavors.”

Some of the top comments on the post we’re followers of Romney asking him to run for Senate, a subject Romney notably left out of his comments.