T.J. Ward was arrested Wednesday morning after police discovered months ago 99.9 grams of marijuana sitting out in his apartment.

According to a criminal report obtained by TMZ, the police came to Ward’s apartment in response to an active intrusion alarm, but ended up stumbling across the NFL star’s sizable stash of weed. 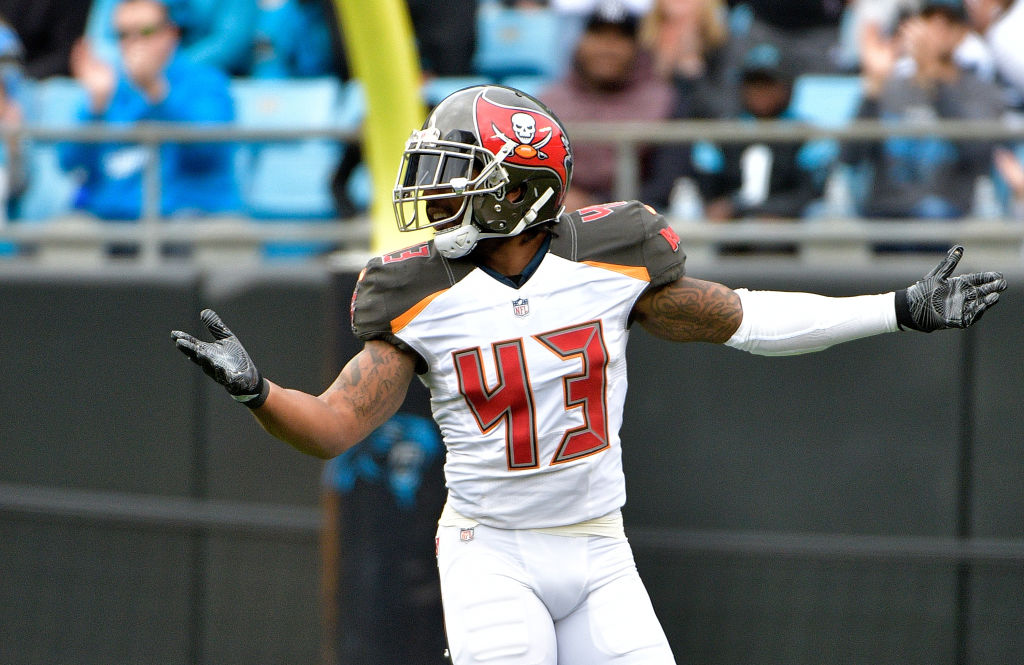 When the police arrived at the scene and knocked on the door, a woman inside Ward’s apartment told them to come in. Immediately upon entering the apartment, police said “all the weed was in plain view on a coffee table,” TMZ reports.

The intrusion alarm that brought police to the property was accidental, but that didn’t stop the cops from hitting both Bucs safety and the woman for felony charges for possession of marijuana. Although Ward admitted to “occasionally smoking” at the time of the October 25 incident, he wasn’t charged until recently and was subsequently arrested on Wednesday morning.