Ellison’s endorsement of the group, which the Department of Homeland Security says is responsible for “domestic terrorist violence,” is just the latest instance of Ellison publicly attaching himself to radical figures and ideologies.

Ellison once defended famed anti-Semite Louis Farrakhan, head of the Nation of Islam, against charges of anti-Semitism. In an op-ed for the Washington Post last year, Ellison said he should have more closely scrutinized Farrakhan, who once said Hitler was a “very great man,” but blamed a “right-wing smear campaign” for any questions raised about his ties to anti-Semitic figures.

Ellison has his own history of radical positions, including advocating for black nationalism. During college, he wrote columns arguing for the creation of a blacks-only ethnostate and called the U.S. Constitution the “best evidence of a white racist conspiracy to subjugate other peoples.” Similarly, while speaking at a protest following in 1992, Ellison declared that black people don’t live in a democracy and don’t have an “obligation” to obey government.

While speaking to an atheist group in 2007, Ellison compared the Sept. 11 attacks to the Reichstag fire. He stopped just short of accusing then-President George W. Bush of having a hand in the attacks. “It’s almost like the Reichstag fire, kind of reminds me of that,” Ellison said of the terrorist attacks. “After the Reichstag was burned, they blamed the Communists for it, and it put the leader [Hitler] of that country in a position where he could basically have authority to do whatever he wanted.”

Ellison went on to say he wouldn’t suggest the U.S. had a hand in the attacks because “you know, that’s how they put you in the nut-ball box — dismiss you,” before later walking back the comments.

In 2009, the Democratic congressman headlined a fundraiser for a controversial Libyan-born activist running for the Virginia Assembly. The activist, Esam Omeish, was known to have praised one of the founders of Hamas and to have called on Palestinians to embrace “the jihad way” in its battle against Israel. Ellison campaigned with him anyway.

That same year, Ellison was the subject of a House Ethics Committee investigation after he failed to disclose that an American Muslim organization with ties to the Muslim Brotherhood had paid $13,500 for him to take a pilgrimage to Mecca in 2008. 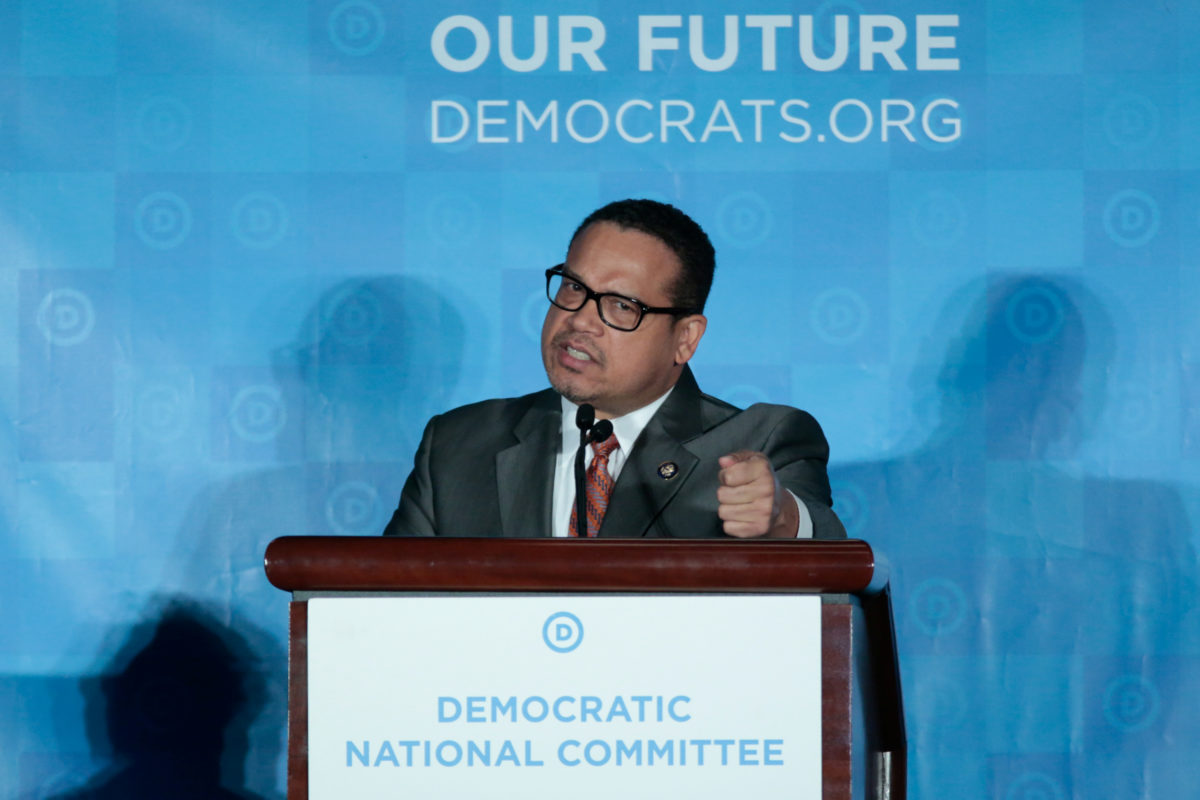 Ellison, like the black nationalists he has since distanced himself from, has a history of spewing anti-Semitic conspiracy theories. During a 2010 speech to a mostly Muslim audience, Ellison claimed that America’s foreign policy puts Israel’s interests first because American Jews have been “mobilized” to “do its bidding in America.”

Ellison’s ties to Farrkhan and his own anti-Semitic statements were a source of internal division within the Democratic Party during last year’s race for DNC chair. Democratic megadonor Haim Saban threatened to leave the party if Ellison was elected chair, saying the congressman is “clearly an anti-Semite.” The Anti-Defamation League, a top Jewish civil rights organization, similarly called on the DNC to disqualify Ellison for his anti-Semitic statements. Party leaders refused to disqualify Ellison, and Tom Perez’s first act as DNC chair was to name Ellison his number two.

ALSO WATCH: That Time Antifa And Richard Spencer Faced Off: