The Trump administration is opening up restrictions on oil drilling on America’s east and west coast in the face of great protest, especially from Democratic Rep. Adam Schiff.

Trump’s five-year originally proposed to open 90 percent of the nation’s offshore reserves to potential oil exploration. The administration billed the move as energy expansion for the country.

Schiff tweeted at the Secretary of the Interior asking him not to ruin the “beautiful coastline” in California and Florida. 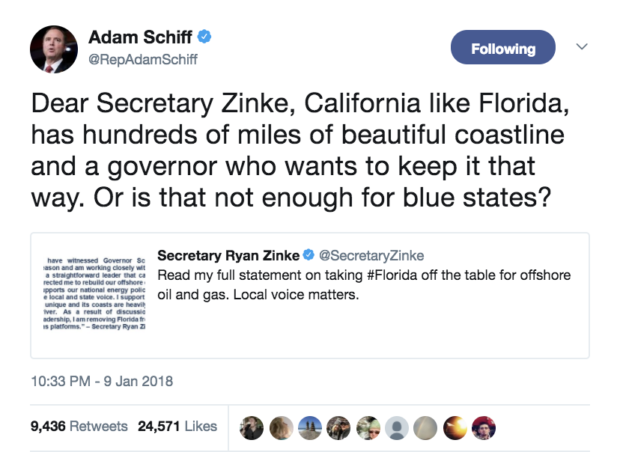 The committee Schiff leads has become prone to rampant leaks. One of the biggest leaks from recent days involved the leaking of damaging information on the president’s son, Donald Trump Jr, which was eventually found to be flawed misinformation. Many in the media openly speculate that Schiff is the source of the leaks. 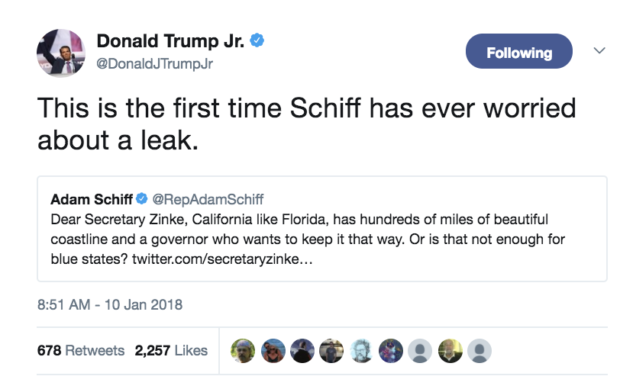 The Trump administration is now openly considering granting states waivers who are opposed to the drilling.