One minute, Jason Jones was running to put the trash out before the garbage truck turned onto his street. The next minute, Jones and his family were running from what they thought was a nuclear missile attack.

Phones all across Hawaii lit up Saturday morning with a emergency alert: “BALLISTIC MISSILE THREAT IN BOUND TO HAWAII. SEEK IMMEDIATE SHELTER. THIS IS NOT A DRILL.”

When Jones, a filmmaker and father of seven, saw the alert, he had one thought: “So it’s today.” Jones was prepared: he grabbed a go bag and his Glock nine-millimeter handgun, packed his family into the minivan, and took off for the Waianae mountain range. He ignored the speed limits. The goal: put the mountain range in between his family and Pearl Harbor, which he thought could be a target. The Joneses would take shelter in nearby Makua Cave, which local lore says is haunted. “I told my family, ‘that’s our rally point,'” he told The Daily Caller on Sunday.

Jason’s two oldest kids, a son and a daughter, are adults and live out of the house. The other five kids are between the ages of four and eleven. When his oldest daughter called, Jason remembered thinking, “If we we don’t intercept this missile, this could be the last time I hear my daughter’s voice,” he said. All across the island, families were having similar “just in case” conversations in anticipation of a possible missile strike.

As the Jones family arrived at the cave, Jason’s phone lit up again: the attack was a false alarm. Relieved, the family took a photo to celebrate. The whole thing was over in just 38 minutes. 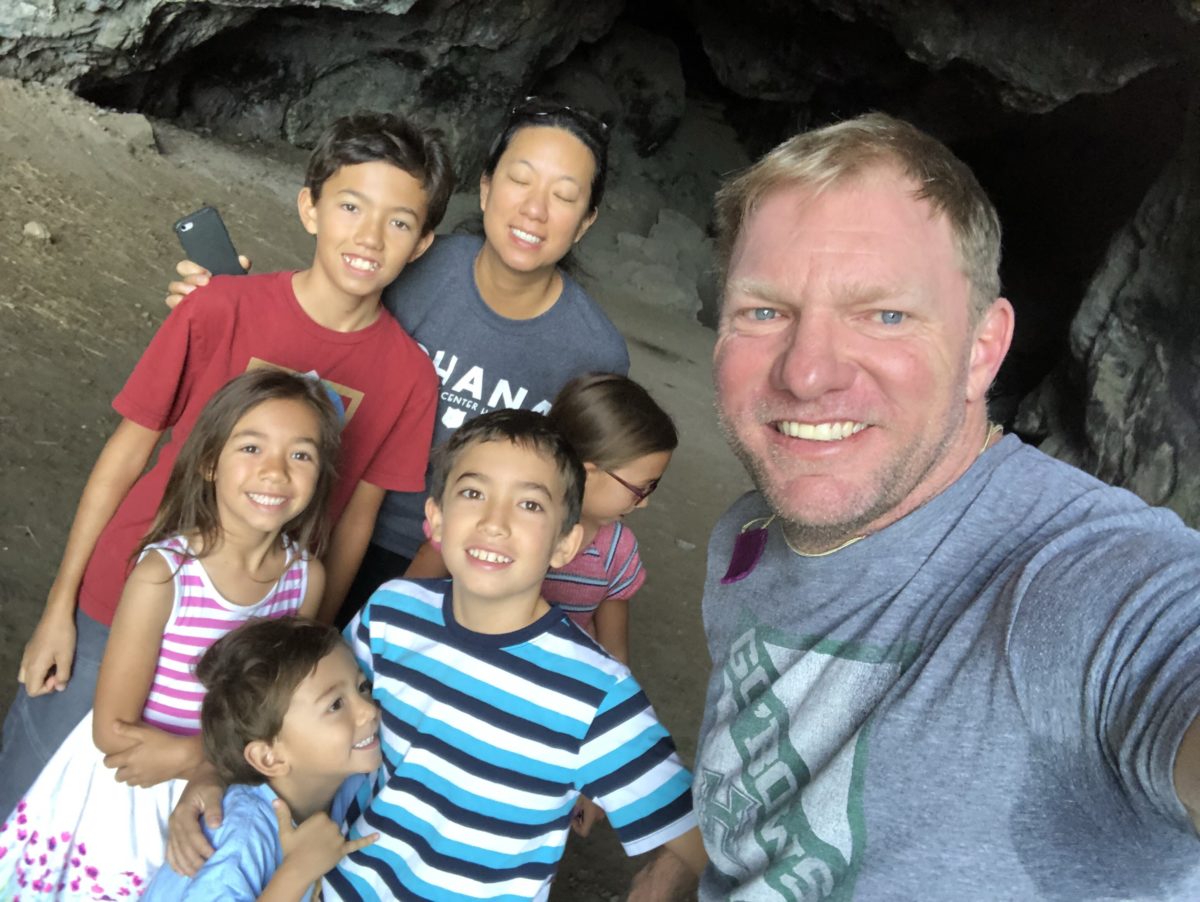 Photo used with permission of the Jones family

The Jones children had questions. (Missile sirens will have that effect on four-year-olds.) Why did this happen? What if it had been real? Would they go to Heaven? After doing his best to answer their questions, Jason’s message to his kids was: “Thank God for this experience,” which represented a chance to feel empathy for families fleeing war in other countries. Rushing your family out of the house, fearful that your children will become casualties of war: that’s an experience most Americans are fortunate enough not to experience. But it’s a grim reality for Christians and other religious minorities persecuted in the Middle East.

The Jones family’s flight from war was over in less than an hour. For Christians in Iraq, it lasted years.