Sarah Sanders took questions from reporters at the White House press briefing Wednesday, and one of the first inquiries was about the Fake News Awards, which the administration had promised would happen later Wednesday. 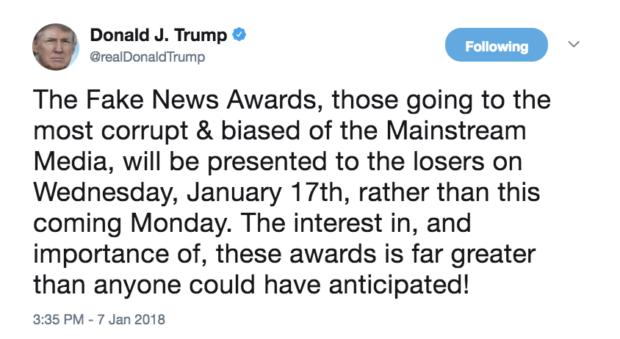 Sanders was asked by multiple reporters when the awards would be and what they would entail.

“What’s up with the awards?” one reporter asked. Sanders said she will keep the reporters “posted” and that they would take place “later today.”

When the reporter said they would be looking forward to the announcement, Sanders turned it up to 11.

The room laughed in an exceedingly rare comical moment for the briefing room.