Six congressmen previously listed a number of charges against the president in December articles, including: obstruction of justice, a violation of the Constitution’s foreign emoluments clause, undermining the federal judiciary process and undermining the press.

Green described the president as racist and bigoted on Friday, which he said is further proof of the divisiveness of the Trump White House.

House lawmakers voted to postpone the impeachment effort for up to two legislative days, as the debate to avert a government shutdown rages in the Senate. 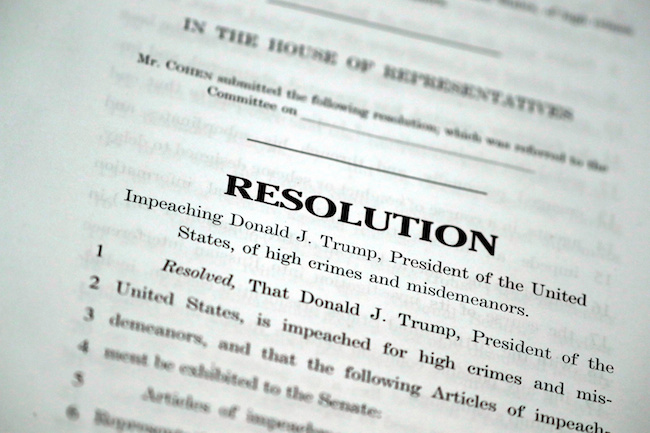 Articles of impeachment being filed against President Donald Trump are seen on Capitol Hill in Washington, November 15, 2017. REUTERS/Aaron P. Bernstein

House Republicans managed to get a bill through the chamber Thursday evening that would keep the government funded through mid-February. The bill also reauthorizes a highly popular program that provides comprehensive health insurance for more than 8.9 million American children.

Senate Democrats are, as of Friday morning, leaning toward shooting down the bill for not including legal protections.