The Islamic State claimed a deadly attack on a children’s charity in Afghanistan Wednesday.

Four ISIS insurgents armed with a car bomb, explosive vests, and firearms attacked the Save The Children foundation in Nangarhar province, Afghanistan. At least three people — two security guards and one civilian — lost their lives in Wednesday’s attack, and another 26, including six police officers, were injured, according to the Associated Press.

Authorities were able to rescue more than 40 people. 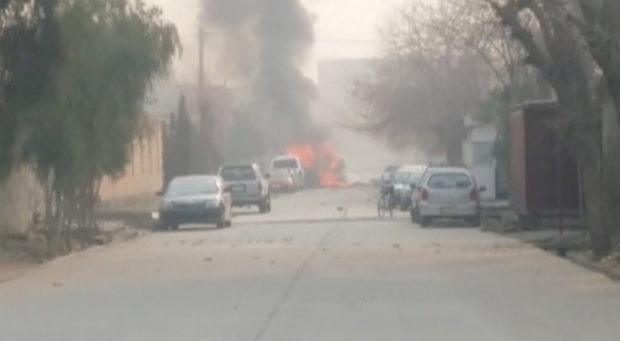 Smoke rises at the site of a blast near the office of the Save the Children aid agency in Jalalabad, Afghanistan, in this still image taken from Reuters TV footage, January 24, 2018. REUTERS/ReutersTV

The assault in Jalalabad began when a suicide bomber detonated an explosive device inside a car parked outside the charity. One of the terrorists then hit the main gate with a rocket-propelled grenade. The gunmen stormed the compound, triggering a shootout with the police and Afghan troops that lasted for around eight hours.

The Taliban, which launched an assault on a luxury hotel in Kabul over the weekend, killing 22 people, denied carrying out the attack, which was later claimed by ISIS on its Amaq News Agency. (RELATED: Gunmen Attack Intercontinental Hotel In Kabul)

ALSO WATCH: Terrorist Blows Himself Up On NYC Subway

Save the Children has been active in Afghanistan since the mid-1970s, helping more than 700,000 children access better education, health care and other essentials. The British organization has temporarily shut down operations across Afghanistan, asserting that its top priority is the safety and security of its staff. 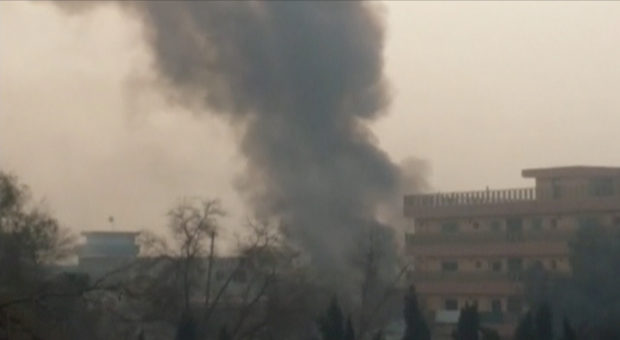 Smoke rises at the site of a blast near the office of the Save the Children aid agency in Jalalabad, Afghanistan, in this still image taken from Reuters TV footage, January 24, 2018. REUTERS/ReutersTV

Other watchdogs and aid organizations stood in solidarity with Save the Children, condemning the attack.

“It is an organization that has worked tirelessly in Afghanistan for more than four decades, delivering outstanding work during some of the country’s most turbulent periods,” Amnesty International’s chief for South Asia, Biraj Patnaik said in response. “Bombing and shooting people who are working for no other reason than to help improve the lives of young Afghans is a cowardly and despicable act.”

A representative for the International Committee of the Red Cross in Afghanistan called the attack on a non-governmental organization dedicated to helping children “outrageous.”

1
This Microsoft Excel Certification Training Is On Sale For Just $34
Daily Dealer
2
Gov. Whitmer: ‘The Enemy Is COVID-19 ... Not One Another’
Politics
3
Chinese Markets Reopen — And They Still Sell Bats, Dogs And Cats
World
4
Joe Biden Accused Of Sexually Assaulting Former Staffer: 'Penetrated Me With His Fingers'
Politics
5
Kennedy Center Lays Off Musicians After Receiving $25 Million Arts Bailout
US