Vox co-founder Matthew Yglesias wrote and then quickly deleted a controversial tweet regarding Olympic gymnastics doctor Larry Nassar, who was sentenced to up to 175 years of prison Wednesday for seven counts of criminal sexual conduct.

Nassar molested a multitude of women and girls during his time working with the American Olympic gymnastics team.

Yglesias wrote in the now-deleted tweet that “Larry Nassar is clearly an evil man, but I don’t care for the judicial grandstanding and dunking on the convict from the bench.” 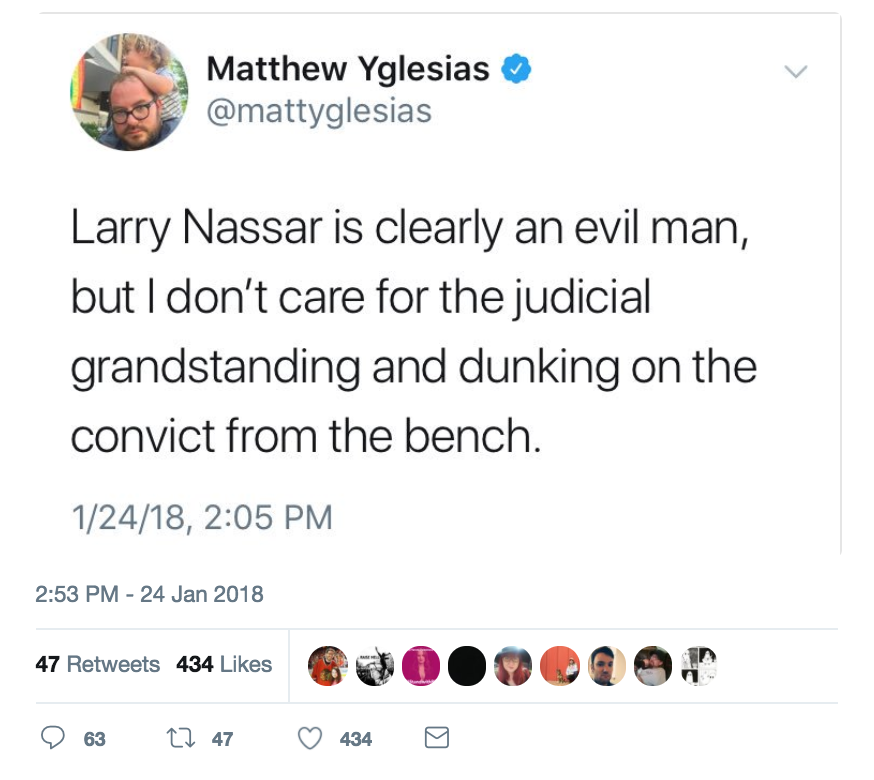 Judge Rosemarie Aquilina presided over the case and ultimately sentenced Nassar to over a century of prison time. During the sentencing, she spoke about Nassar with contempt.

“You’ve done nothing to deserve to walk outside a prison again,” Judge Aquilina said to Nassar in court.

“It is my honor and privilege to sentence you,” she added, “I just signed your death warrant.”