President Donald Trump sent every terrorist in the world a message Tuesday night by vowing to keep the Naval base at Guantanamo Bay open as a terrorist detention center.

“In the past, we have foolishly released hundreds of dangerous terrorists, only to meet them again on the battlefield — including the ISIS leader, al-Baghdadi,” POTUS told the room. “So today, I am keeping another promise. I just signed an order directing Secretary Mattis to reexamine our military detention policy and to keep open the detention facilities at Guantanamo Bay.” 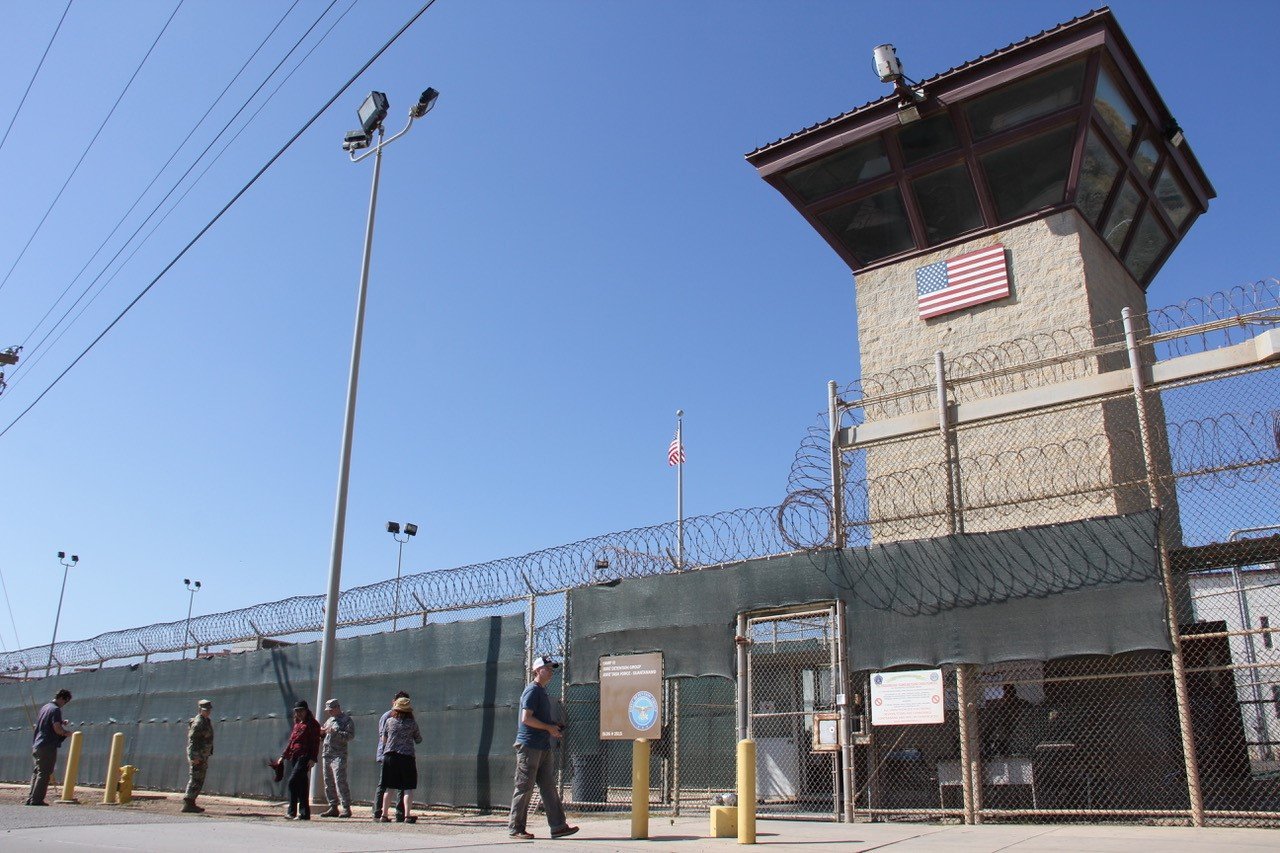 Poeple walk past a guard tower outside the fencing of Camp 5 at the US Military’s Prison in Guantanamo Bay, Cuba on January 26, 2017.
President Donald Trump has said he “absolutely” thinks torture works, but doctors, lawyers for terror suspects, and even fellow Republicans have pledged to oppose any effort to reinstate waterboarding or other banned interrogation techniques. / AFP / Thomas WATKINS (Photo credit should read THOMAS WATKINS/AFP/Getty Images)

“I am also asking the Congress to ensure that, in the fight against ISIS and al-Qa’ida, we continue to have all necessary power to detain terrorists — wherever we chase them down.”

During the speech, the White House announced that Trump has signed an executive order revoking President Barack Obama’s 2009 order to close the Guantanamo Bay facility.

“The detention operations at the U.S. Naval Station Guantánamo Bay are legal, safe, humane, and conducted consistent with United States and international law,” the order reads.