Feinberg included the insult when she retweeted Priebus’ praise for President Donald Trump’s State of the Union speech.

“The extent to which Priebus has debased himself for a man who clearly takes pleasure in humiliating him probably requires quite a bit of fortitude, actually,” she continued.

Feinberg also didn’t try to position herself as objective – a traditional staple of journalism.

“And when have I ever claimed to be objective?” Feinberg said. 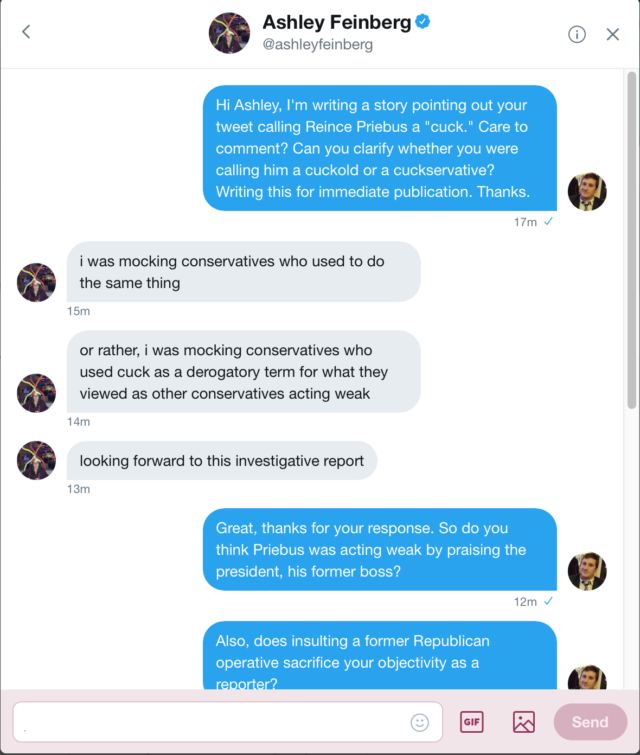 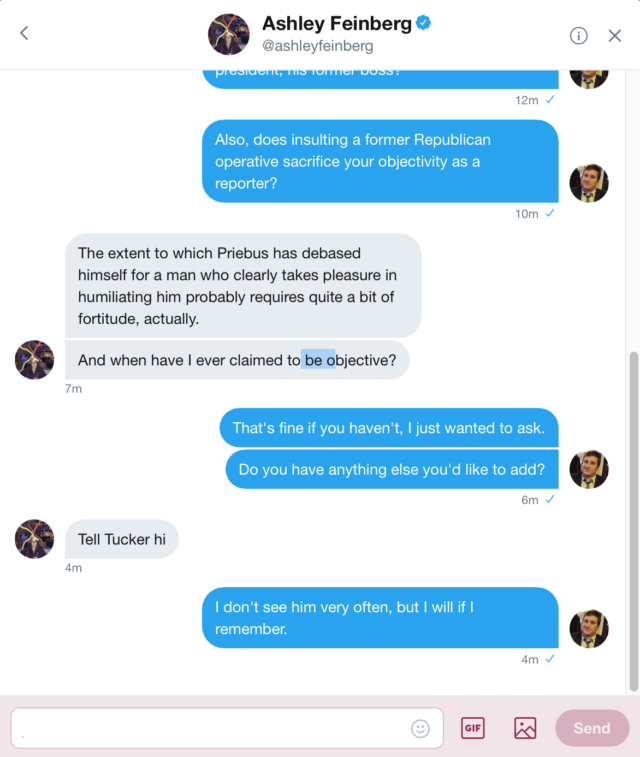