Clinical psychologist and University of Toronto professor Dr. Jordan B. Peterson has been in the news a great deal recently, as one of the most prominent critics of the political correctness that engulfs our culture. In a recent interview that went viral, Peterson faced off against a British presenter who “misrepresented everything [he] said.” To find out more about Peterson and the way he thinks, check out the interview he gave in the Daily Caller.

In a time when there a few public intellectuals – and even fewer with their own original thought that is more than merely mimetic of the New York Times Opinion page – it is important to hear what Dr. Peterson has to say. That seems to be the view of many, in fact, as Peterson’s latest book, “12 Rules for Life: An Antidote to Chaos” is currently the most-sold nonfiction book on Amazon. This is the second week it has appeared on the Amazon chart, and it has now leapfrogged “Fire and Fury” and others to claim the top spot. 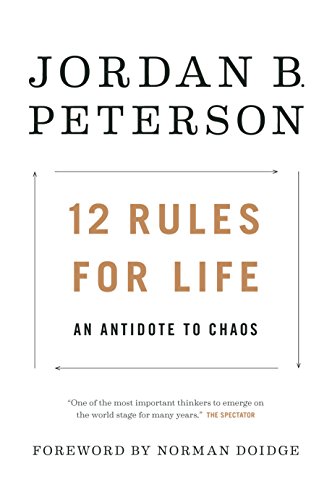 Here is the description of Peterson’s book:

What does everyone in the modern world need to know? Renowned psychologist Jordan B. Peterson’s answer to this most difficult of questions uniquely combines the hard-won truths of ancient tradition with the stunning revelations of cutting-edge scientific research.

Humorous, surprising and informative, Dr. Peterson tells us why skateboarding boys and girls must be left alone, what terrible fate awaits those who criticize too easily, and why you should always pet a cat when you meet one on the street.
What does the nervous system of the lowly lobster have to tell us about standing up straight (with our shoulders back) and about success in life? Why did ancient Egyptians worship the capacity to pay careful attention as the highest of gods? What dreadful paths do people tread when they become resentful, arrogant and vengeful? Dr. Peterson journeys broadly, discussing discipline, freedom, adventure and responsibility, distilling the world’s wisdom into 12 practical and profound rules for life. 12 Rules for Life shatters the modern commonplaces of science, faith and human nature, while transforming and ennobling the mind and spirit of its readers.

This is Peterson’s second book. His maiden effort, “Maps of Meaning: The Architecture of Belief” was published in 1999. It is still the #1 bestseller in the “Behavioral Psychology” category on Amazon.