MSNBC commentator and anti-Trump Republican Steve Schmidt went after President Trump’s State of the Union speech Wednesday, claiming it showed just how out of touch he is with Americans.

“I thought the speech was long, it was boring, it was riddled with errors,” Schmidt said.

“And it was completely disassociated from reality.”

But while Schmidt found reason to complain about President Trump’s speech, most of America reacted positively to the speech.

According to a poll from CBS, 75 percent of Americans approved of the address. (RELATED: CNN Poll: Majority Had Positive Opinion Of Trump SOTU [VIDEO]) 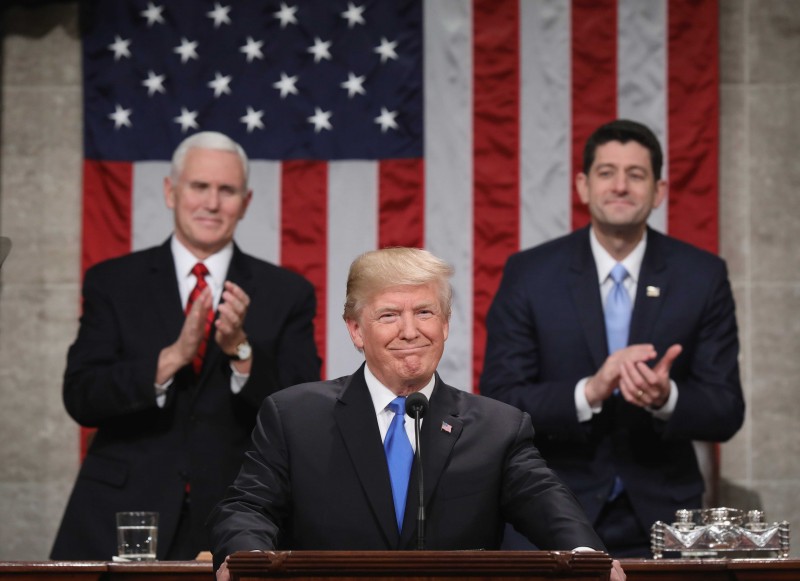 U.S. President Donald J. Trump (C) stands at the podium as U.S. Vice President Mike Pence (L) and Speaker of the House U.S. Rep. Paul Ryan (R-WI) (R) look on during his first State of the Union address to a joint session of Congress inside the House Chamber on Capitol Hill in Washington, U.S., January 30, 2018. REUTERS/Win McNamee/Pool

During the speech, Trump stood up for American workers, saying, “We will work to fix back trade deals and negotiate new ones and they will be good ones, but they will be fair and we will protect American workers and american intellectual property through strong enforcement of our trade rules.” (RELATED: Trump Puts The World On Notice: ‘The Era Of Economic Surrender Is Over’ [VIDEO])

Schmidt is a long-time establishment Republican who has become a frequent critic of President Trump. He worked in the George W. Bush White House and later worked as a senior adviser to John McCain’s 2008 presidential campaign.