“I call upon all of us to set aside our differences, to seek out common ground, and to summon the unity we need to deliver for the people. This is really the key. These are the people we were elected to serve,” Trump said at the State of the Union address Tuesday.

“He’s the least gracious person in that person,” Ruhle said about the president.

“If he added some graciousness–you know, when he talks about African-American unemployment rate, he’s right, it is at its lowest. But it’s due in part to President Obama. Would it not help president Trump’s messaging if he gave a hat tip to the last administration and then said, but I’m doing X, Y, and Z to further it? Instead, he’s wildly divisive but then says a few words about unity. That’s meaningless.”

During the speech Tuesday, Trump honored the American flag and national anthem. 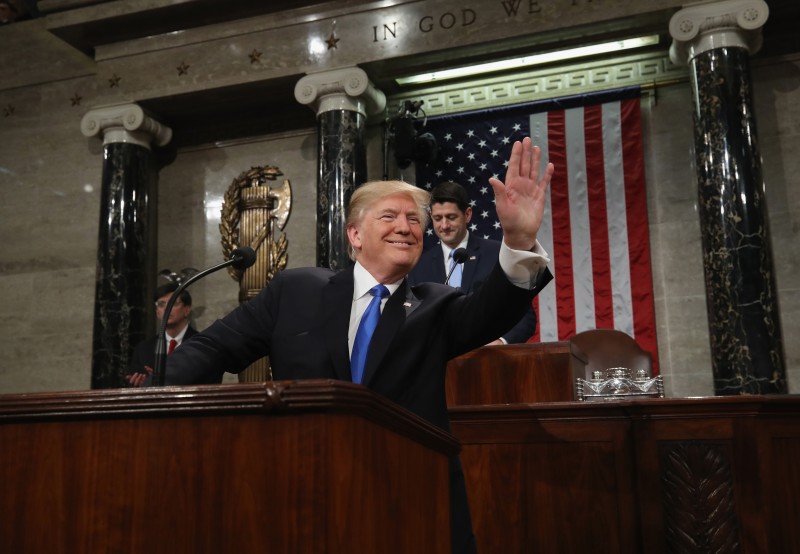 “Americans love their country, and they deserve a Government that shows them the same love and loyalty in return,” he said. (RELATED: Trump Honors The Flag: ‘We Proudly Stand For The National Anthem’ [VIDEO])