White House press secretary Sarah Huckabee Sanders celebrated on Saturday the 100,000 Best Buy employees getting bonuses as a result of President Trump’s tax cuts — and took a chainsaw to Nancy Pelosi’s rhetoric in the process.

The link Sanders attached to the tweet is an article from the Star Tribune newspaper in Minnesota. 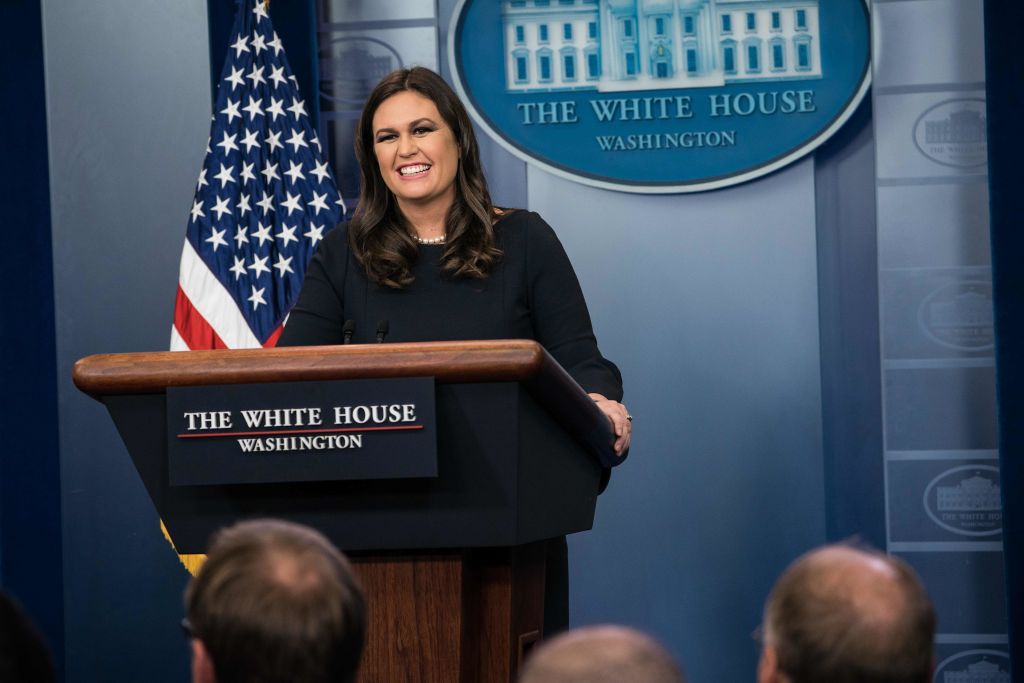 However, Democratic Congresswoman Nancy Pelosi has dismissed post-tax cut bonuses — some of which were up to $2000-$3000 — as “crumbs.” (RELATED: American Companies Rain Down Cash On Employees In Response To Trump Tax Cuts)

“A number of bonuses–one of the bonuses was in a union contract and then they added a little more money to that. That same firm just told the employees they were going to be laying off 1,500 people and if they wanted to save their jobs, they could work 32 hours,” she said.

“In terms of the bonus that corporate America receives versus the crumbs they are giving to workers to put the schmooze on is so pathetic.” (RELATED: ‘Crumbs’ — Pelosi Dismisses Workers’ ‘Pathetic’ Tax Reform Bonuses)