During an appearance on CNN on Tuesday night the wide receiver explained why he would not accompany his team on their potential visit to the White House with simple logic and claimed that athletes are held to a higher standard than the president.

Eagles Torrey Smith on decision to not visit WH: If I told you that I was invited to a party by an individual that has said offensive things towards many minority groups. This individual also called my peers SOBs, you would understand why I wouldn’t want to go to that party. pic.twitter.com/K9JjGdFokR

“For me, it’s not just about politics,” Smith began. “If I told you that I was invited to a party by an individual I believe is sexist or has no respect for women or I told you that this individual has said offensive things towards many minority groups and I told feel comfortable about it this individual also called my peers and my friends SOB’s, you would understand why I wouldn’t want to go to that party. Why is it any different when the person has title of President of the United States.”

“It’s really that simple to me. I don’t think it’s something that I, personally, feel inclined to be involved with. That’s just my personal opinion,” Smith added. 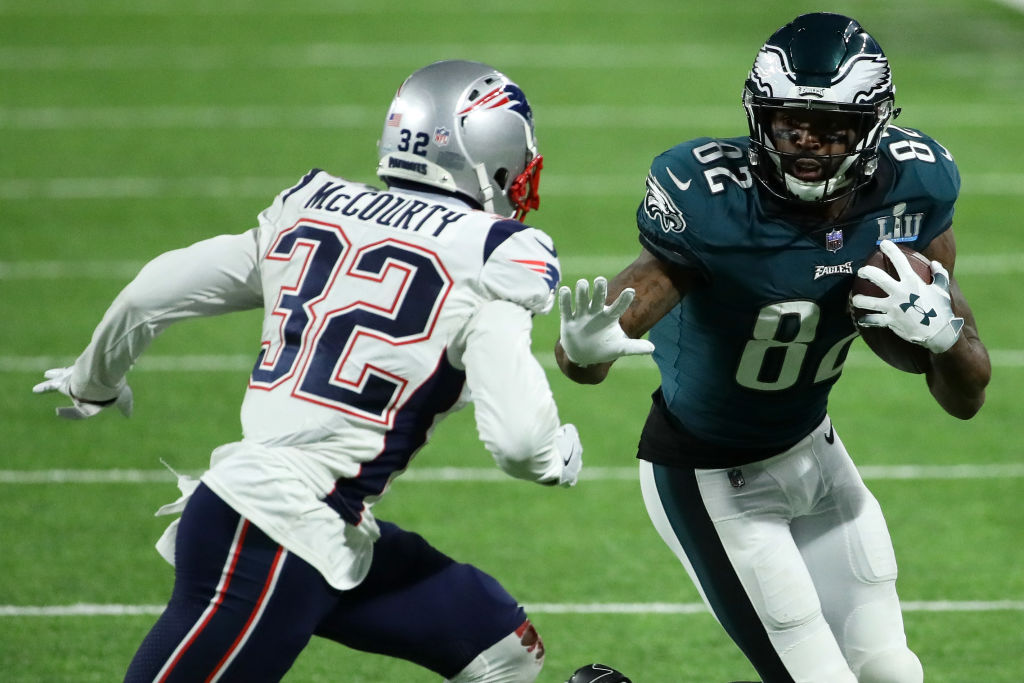 Playing “Devil’s advocate” the CNN host then asked what Smith would say to those who see his decision as a sign of disrespect to the office of the president.

“I respect the office but I feel like often times we hold our athletes and entertainers to higher standards than we’re holding the President of the United States, and for me it’s just about doing the right thing,” Smith said. “It’s not about choosing sides or anything, it’s just about simply right and wrong.”

Smith is one of three players on the Philadelphia Eagles who have already said they will not attend a visit to the White House, but he claimed that “plenty of guys” won’t end up going.