Regardless of whether or not his vision of a grand military parade comes to fruition, President Donald Trump would not the first American leader to march troops and military hardware through the nation’s capital.

Trump has reportedly ordered the Pentagon to prepare a massive military parade for later this year to showcase the strength and power of the U.S. military and celebrate freedom. (RELATED: Not To Be Outdone By ‘Rocket Man,’ Trump Reportedly Wants His Own Military Parade)

The most recent military parade was the national victory celebration held in 1991 to celebrate America’s victory in the Gulf War. Hundreds of thousands of patriotic Americans lined the streets in the nation’s capital to cheer on the veterans of Operation Desert Storm.

The parade heralded the victory over Iraq and the successful liberation of Kuwait in just 43 days on the battlefield. 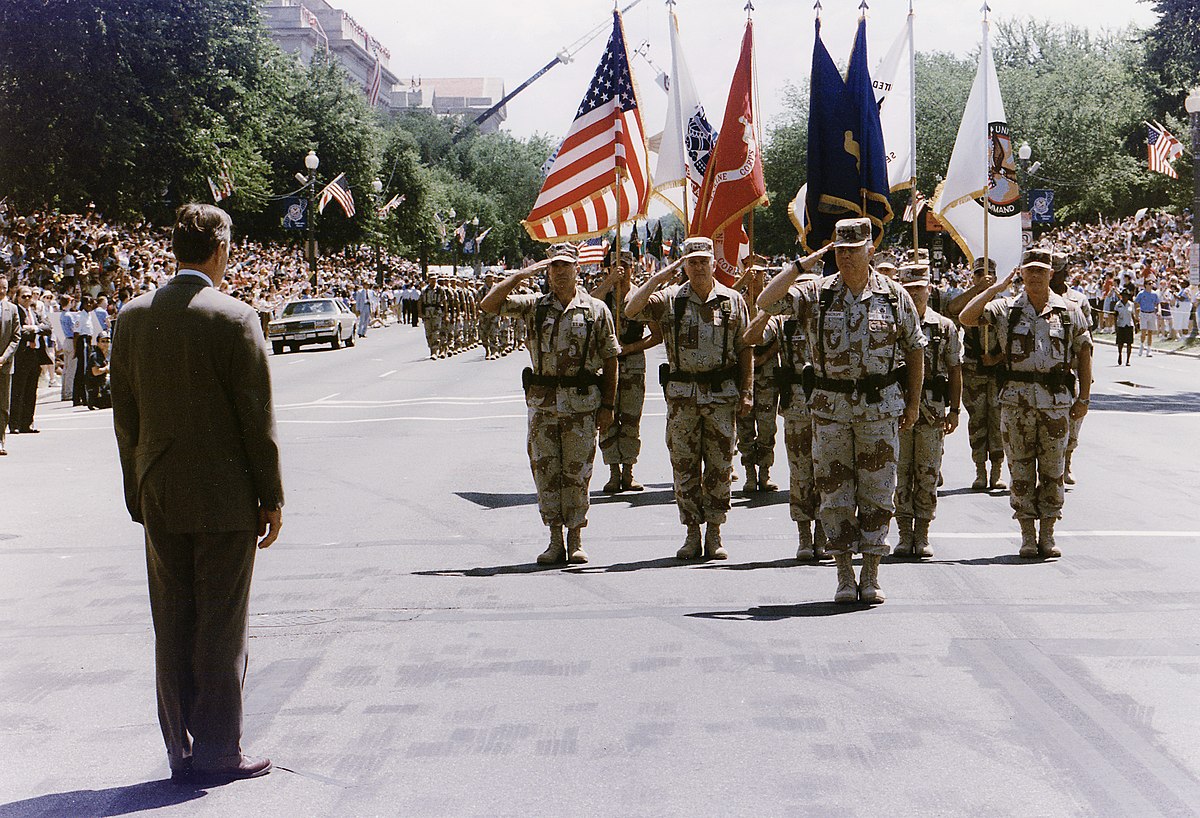 Then-President George H.W. Bush smiled as fighters flew overhead while tanks, Patriot missiles, and thousands of soldiers moved past, according to a Los Angeles Times report.

The parade, one of a number of parades and celebratory events held in the wake of the war, was reportedly the largest victory celebration since the end of the Second World War. There was “so much military hardware moving, at times it seemed as if Washington was under attack,” CBS correspondent Eric Engberg reported at the time. He reported that the mood was “celebratory and upbeat.”

The military parade in New York City was also noteworthy.

In addition to these celebrations of American military might, former presidents John F. Kennedy, Dwight D. Eisenhower, and Franklin D. Roosevelt had tanks, missiles, and troops at their respective inauguration ceremonies, which were held during the Second World War and the Cold War.

The U.S. faces a wide range of national security threats, from terrorism to rivals China and Russia to rogue states like North Korea and Iran. Trump reportedly wants a military parade as a “celebration of the men and women who give us freedom,” a White House official told The Washington Post.