An official in Barack Obama’s White House resigned in 2016 because he was arrested for taking pictures up women’s skirts on DC Metrorail cars, according to the Daily Mail.

The official, William Mendoza, was the executive director of the White House Initiative on American Indian and Alaska Native Education until he resigned in November 2016. Mendoza was convicted after pleading guilty in January 2017 to attempted voyeurism, a misdemeanor.

According to the Daily Mail, he used his government-issued iPhone — during work hours — to take the photos and resigned as the Department of Education was readying an investigation into his behavior. 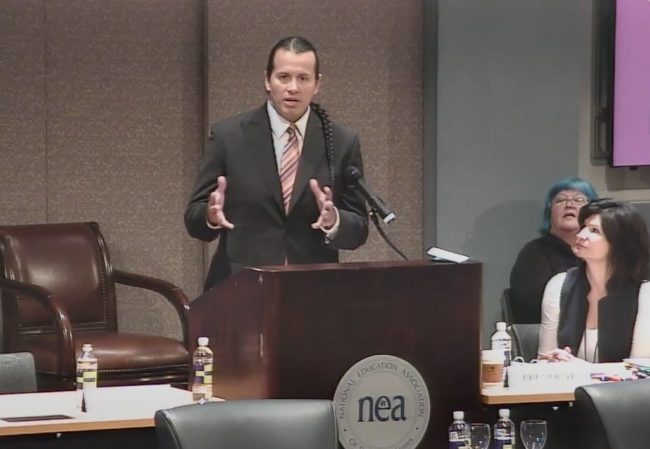 He also allegedly viewed a video on his phone of a woman undressing in a changing room in a clothing store.

Mendoza, 42, described by the paper as married and a father, was earning $140,000 in his Executive Branch position. The judge handed down a 90-day suspended sentence and a $100 fine.

Mendoza’s lawyer, Paul Kiyonaga, told the Daily Mail his client received treatment after the arrest and just wants to move on with his life. “He’s received treatment for the underlying issues that gave rise to this incident, and, with the strong support of his family, is moving forward productively with his life,” the lawyer said.

In 2016, a Native American from Oklahoma accused Mendoza of assaulting him because he was wearing a Washington Redskins shirt.

The inspector general for the Department of Education recommended he be barred from any further government employment.

The position of executive director of the White House Initiative on American Indian and Alaska Native Education is a senior position requiring appointment by the president.