“Teens between 14 and 18 have far better BS detectors, on average, than ‘adults’ 18 and older. Wouldn’t it be great if the voting age were lowered to 16?” Tribe asked on Twitter. “Just a pipe dream, I know, but . . . #Children’sCrusade?”

Tribe dismissed a Twitter follower who suggested that children might not be able to exercise the independent judgement required for informed voting. 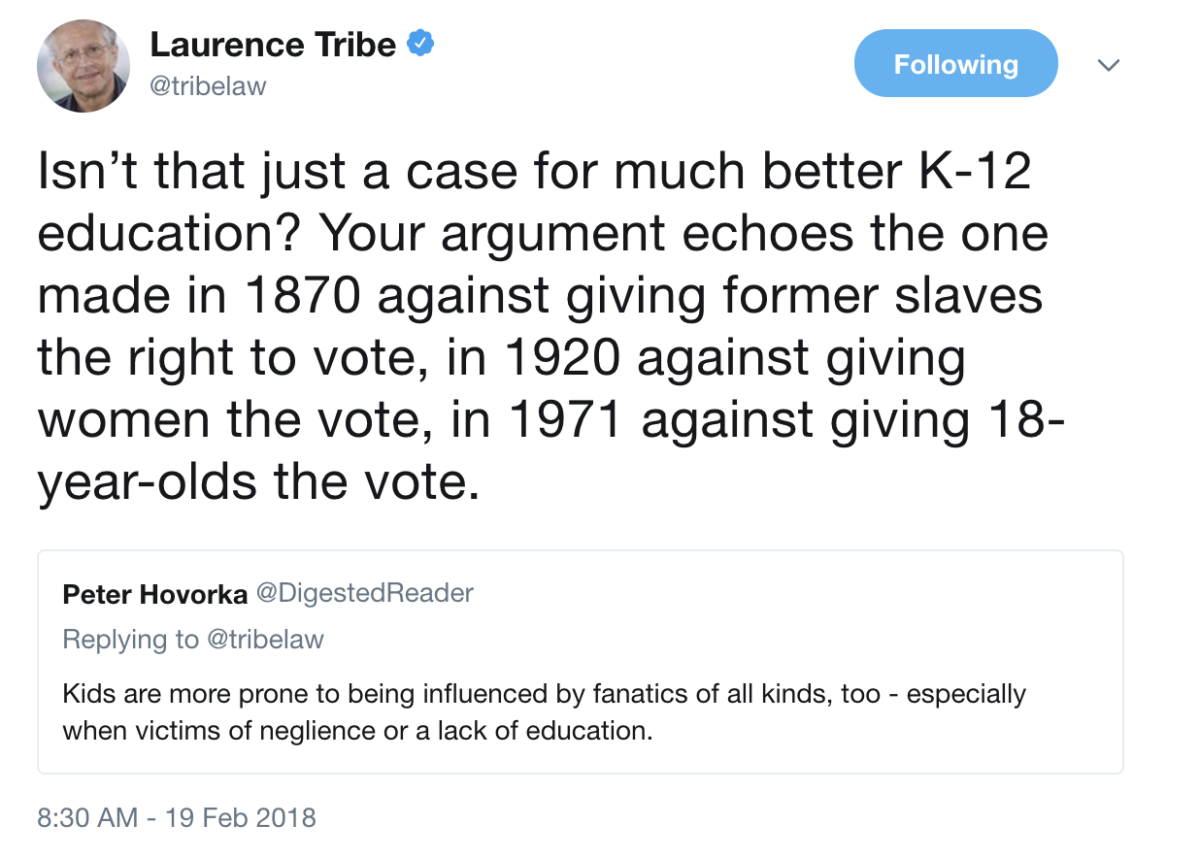 Scientific research has shown that the decision-making part of people’s brains typically don’t fully mature until around age 25.

Tribe was once a respected constitutional law professor but has since become known for spreading baseless conspiracy theories about President Trump and Russia.