Karl argued that though the president had been gloating on Twitter about how Special Counsel Robert Mueller’s Friday indictment of 13 Russian nationals apparently exonerated the Trump campaign of collusion, he has done little prevent future attempts to influence American elections.

“This investigation is obviously about what Russia did, and this raises the question — now that you’ve said the president agrees, the national security adviser says the evidence is incontrovertible — what is the president going to do about it? What is he specifically doing about the fact that the Russia interfered with our election and has every intention, we are told, of doing it again? What is he doing about it?”

“Look, just last week the Department of Homeland Security Secretary Kirstjen Nielsen met with a number of relevant stakeholders,” Sanders responded. “They are discussing this process and going through and looking every single day at the best ways going forward. Everybody wants to blame this on the Trump Administration. Let’s not forget that this happened under the Obama Administration.” 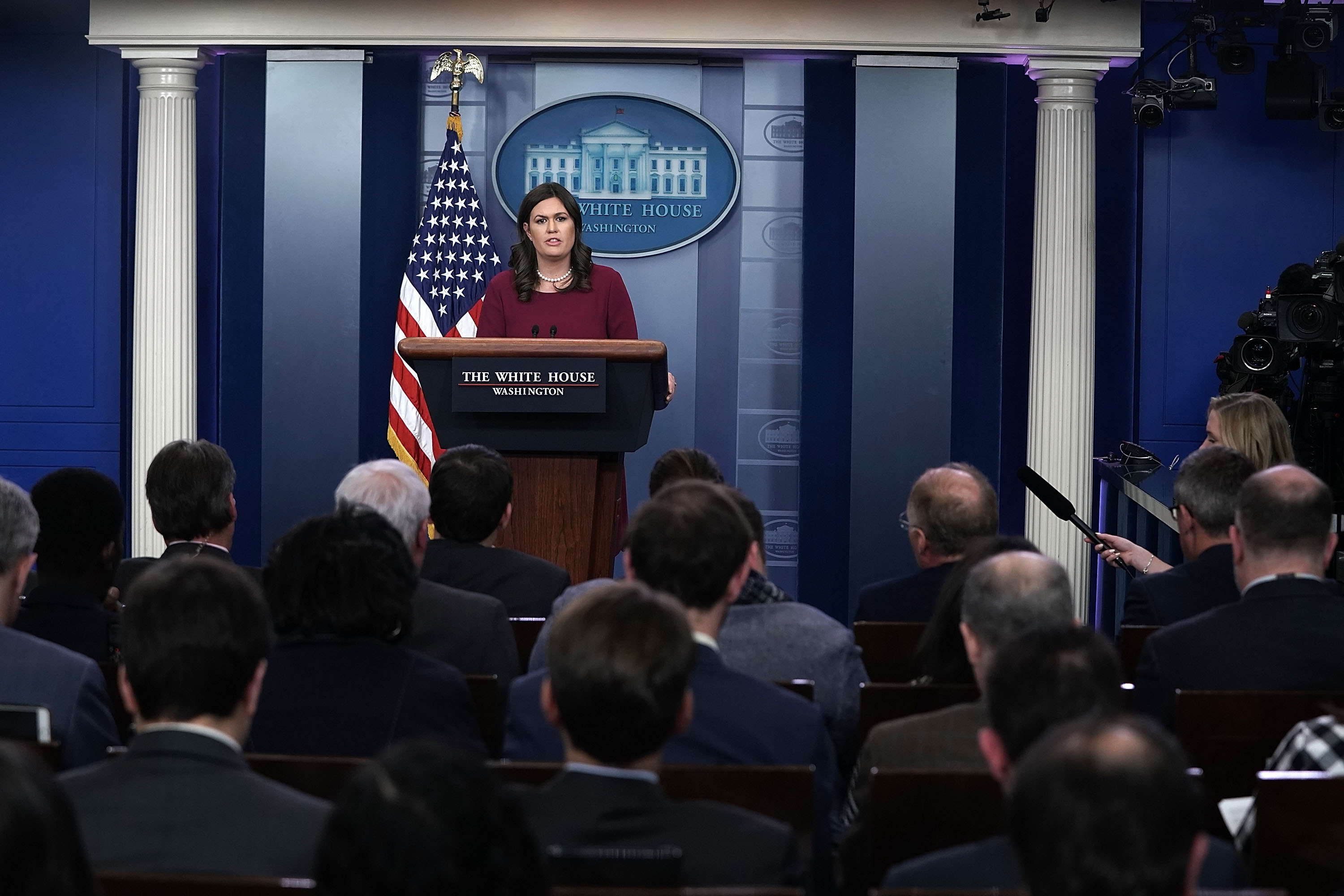 “This happened over a year ago,” Karl interjected. “What’s he done about it?”

Sanders continued by rattling off the various ways the Trump administration is seeking to curb foreign meddling in future elections.

“We have spent a lot of time working on cyber security, focusing on protecting the fairness on our elections. And, as I said, the department of homeland security met with state and local officials just over the last several weeks along with election vendors to make sure our election system is secure. They met with state and private officials on how best to secure the election system from foreign interference. We’re not the only targets of foreign interference, and we’re working with our allies on a daily basis to make sure we’re following best practices. This has been a topic of conversation with multiple foreign heads of state. President Trump and the administration that interference in our electrics will have consequences. And we’ll continue to impose consequences in response to Russian cyber attacks. Just last week we called out Russia by name, it was one of the first times you’ve seen something like that take place.”

“He has been tougher on Russia in the first year than Obama was in eight years combined,” the White House press secretary testily shot back at Karl. “He has imposed sanctions, he’s taken away properties, he’s rebuilt our military. He has done a number of things to put pressure on Russia and be tough on Russia. Just last week there was an incident that will be reported in the coming days in an another way this president was tough on Russia.”