A new poll indicates that Americans are more satisfied with the position of the country in the world right now than they have been in 13 years.

“Forty-five percent of Americans are satisfied with the position of the United States in the world, a 13-year high and a 13-percentage-point increase from one year ago, just after President Donald Trump took office.”

This could potentially be bad news for Democrats in the upcoming midterms. Many in the establishment media have speculated that Democrats could win big in the upcoming 2018 midterms due to bad public feeling about President Trump, but if these poll numbers are any indication, that might not be the case. 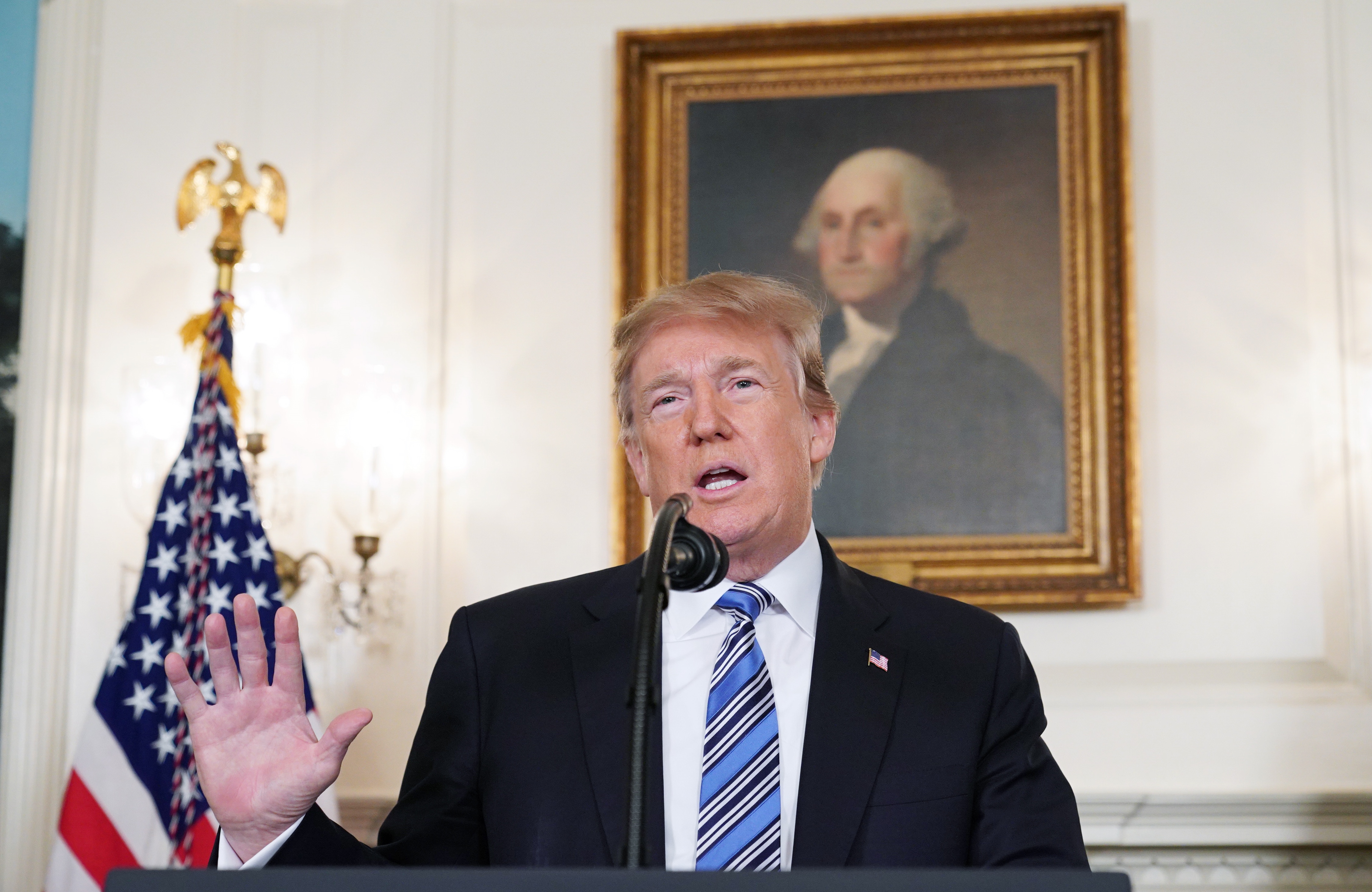 US President Donald Trump speaks on the Florida school shooting, in the Diplomatic Reception Room of the White House on February 15, 2018 in Washington, DC.
Earlier Thursday, President Trump issued a largely symbolic proclamation, ordering that flags be flown at half staff at US embassies, government buildings and military installations.”Our nation grieves with those who have lost loved ones in the shooting at the Marjory Stoneman Douglas High School in Parkland, Florida,” he said.
/ AFP PHOTO / Mandel NGAN (Photo credit should read MANDEL NGAN/AFP/Getty Images)

President Trump has also seen a series of good headlines since special counsel Robert Mueller’s indictment of 13 Russians did not show any knowing collusion between the Trump campaign and Russia. (RELATED: Media Start To Second-Guess Trump-Russia ‘Collusion’ Conspiracy Theory)

Instead, the indictment showed that both pro and anti-Trump rallies were organized by Russians, and that one of the anti-Trump rallies after President Trump’s election was glowingly promoted by the media. (RELATED: CNN, MSNBC Glowingly Promoted Russian-Organized Anti-Trump Rally)