When Andrew Pollack grabbed the microphone at the White House to tell President Trump what he thinks about school shootings, you could hear a pin drop.

Pollack lost his daughter Meadow last week at Stoneman Douglas High School in Parkland when a deranged gunman rampaged through the school with an semi-automatic rifle.

Pollack received some criticism online for wearing a Trump 2020 shirt while holding up a photo of his deceased daughter Meadow.

Reporter Alexandra Seltzer tweeted this photo of Andrew Pollack, who was holding up a photo of his missing daughter, Meadow Pollack, one of the 17 deceased. 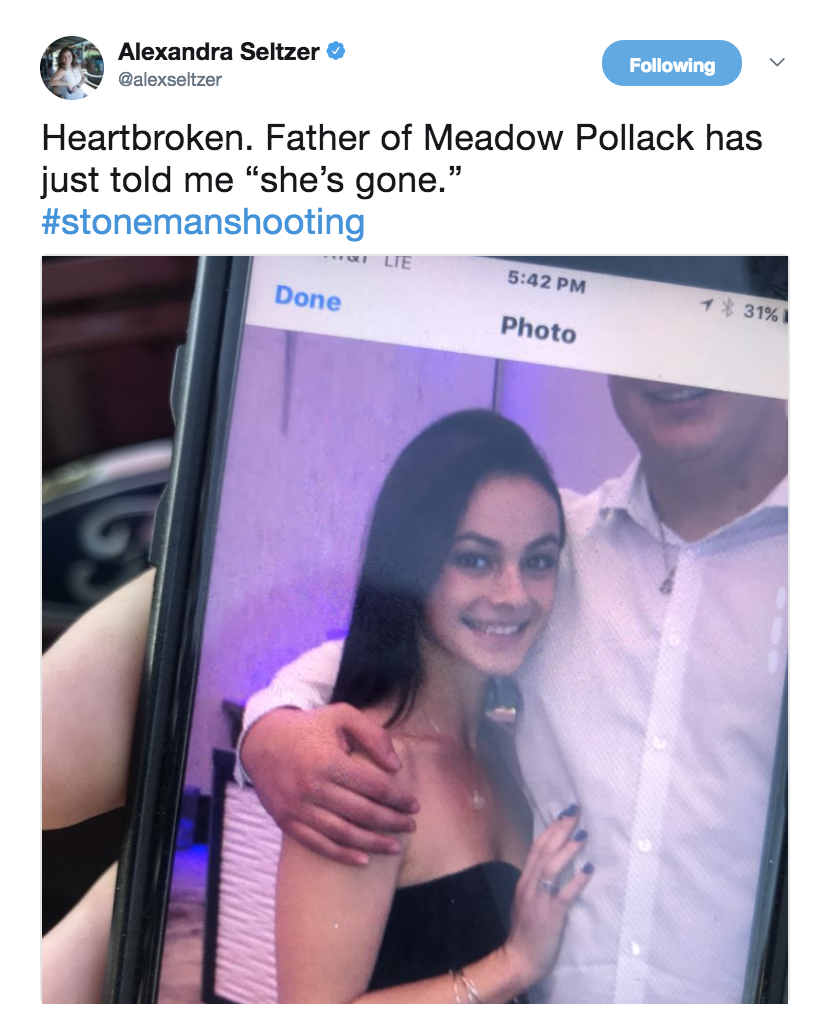 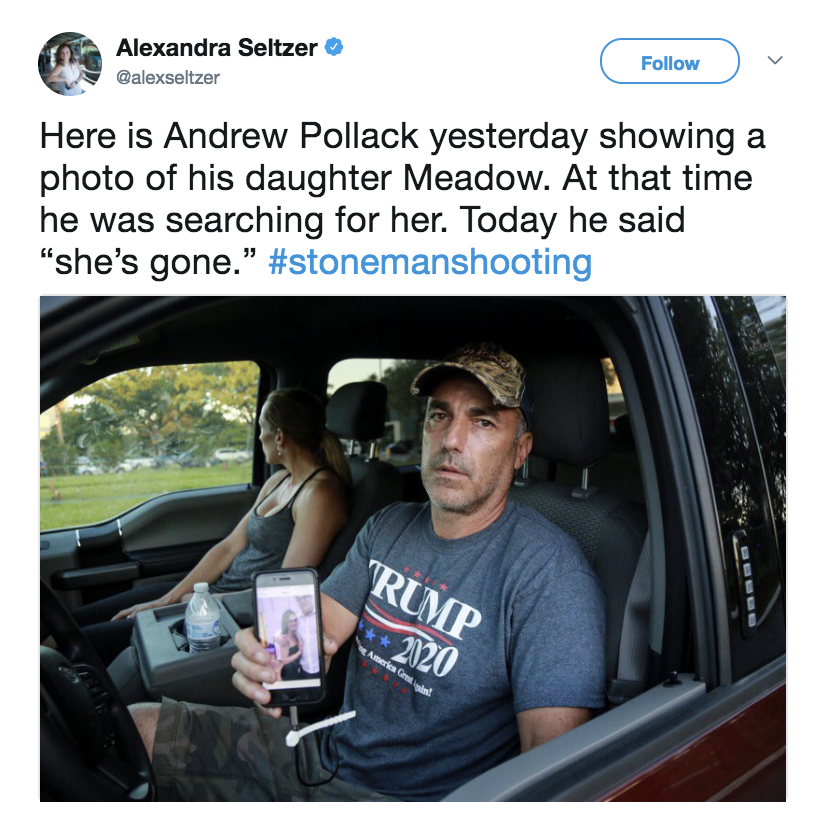 I’m here because my daughter has no voice.

She was murdered last week, and she was taken from us, shot nine times on the third floor. We as a country failed our children. This shouldn’t happen. We go to the airport, I can’t get on a plane with a bottle of water, but we leave some animal to walk into a school and shoot our children. It is just not right.

And we need come together as a country and work on what’s important.

And my boys need live with this. I want to see everyone — you guys look at this. Me, I’m — I’m a man, but to see your children go through this, bury their sister. That’s what I keep saying because I want to sink in. Not forget about this. We can’t forget about it.

All these school shootings, it doesn’t make sense. Fix it.

And if we all work together and come up with the right idea — school safety. It is not about gun laws. That is another fight, another battle. Let’s fix the schools and then you guys can battle it out whatever you want. But we need our children safe. Monday, tomorrow, whatever day it is, your kids are going to go to school. You think everyone’s kids are safe?

I didn’t think it was going to happen to me. If I knew that, I would have been at the school every day if I knew it was that dangerous. It’s enough. Let’s get together, work with the president and fix the schools. That’s it. No other discussions. … I’m never going to see my kid again. … Never, ever will I see my kid. I want it to sink in. It’s eternity. My beautiful daughter I’m never going to see again. And it’s simple. It’s not — we can fix it.